Shares of Didi, which is now pursing a Hong Kong listing after succumbing to pressure from Chinese regulators concerned about data security, plunged 22.2% to end at $6.07. The company had priced its IPO at $14 apiece in June to raise $4.4 billion.

“It will now set a precedent for other U.S.-listed companies, especially those with data concerns,” said Justin Tang, head of Asian Research at United First Partners, Singapore.

“The crackdown started with Ant’s botched IPO. The Chinese government has already shown that it will go beyond what the market has expected. It will be a while before sentiments thaw in relation to Chinese names.”

Alibaba fell 8.2%, Baidu dropped 7.8% and JD.com shed 7.7%, with investors on edge as Beijing targets sectors ranging from gaming to education.

“From our point of view, all Chinese-listed stocks, even Hong Kong, became uninvestable with the crackdown in HK in mid-2020, so we sold our only holding (HK-listed Tencent) in August 2020,” said William de Gale, co-founder & lead portfolio manager for BlueBox Asset Management, which holds no Chinese ADRs.

Trium Capital EM portfolio manager Peter Kisler said, “The concern is all the holders of the ADRs could get stuck with Hong Kong shares, and I’m sure there would be some issues about some people not being allowed to hold those – so there could be some forced selling.”

Meanwhile, the U.S. Securities and Exchange Commission said on Thursday Chinese companies listing on U.S. stock exchanges must disclose whether they are owned or controlled by a government entity, and provide evidence of their auditing inspections.

(Reporting by Medha Singh in Bengaluru, additional reporting by Anshuman Daga in Singapore and Caroline Valetkevitch in New York, Marc Jones and Simon Jessop in London; Editing by Sriraj Kalluvila and Sandra Maler) 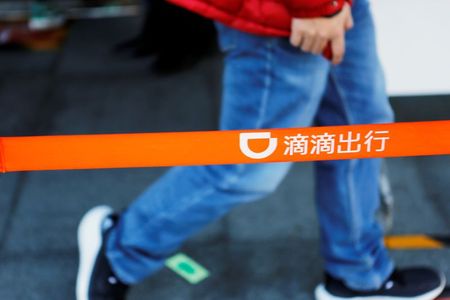 Deutsche Post CEO to be given contract extension, sources say