WASHINGTON (Reuters) -The U.S. Justice Department said on Tuesday it has filed an antitrust lawsuit aimed at blocking U.S. Sugar Corp from buying rival Imperial Sugar Co, a deal the government said could drive up the price of sugar for households as well as food and drink makers.

The deal, if it goes forward, would mean that U.S. Sugar, owner and member of a cooperative with three other companies, and another company would have some 75% of refined sugar sales in the U.S. Southeast, the department said.

U.S. Sugar, however, said the deal would protect American jobs.

“We disagree with the Justice Department’s decision and fully intend to litigate this matter,” the company said in a statement. “This transaction will improve supply chain logistics and will not result in higher prices or any harm to customers and consumers. We look forward to making our case in court.”

The other major sugar refiner in the region is American Sugar Refining, which sells under the “Domino” brand, the department said.

U.S. Sugar announced in March that it would buy Imperial Sugar from commodities trader Louis Dreyfus Co. The deal is worth about $315 million, the Justice Department said.

Imperial Sugar operates a refinery at Port Wentworth in Savannah, Georgia, and a sugar transfer and liquification facility in Ludlow, Kentucky. It was bought by Louis Dreyfus in 2012 for $78 million. 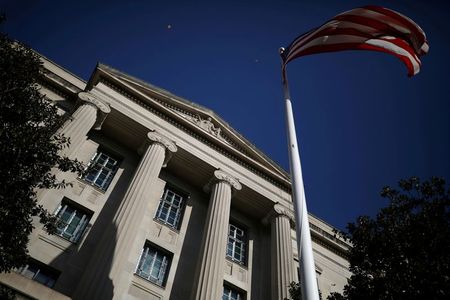 UK inflation tests BoE as it jumps to highest since 2018

Amazon drivers get $60 million in withheld tips back, FTC says