(Reuters) – Economists have long attributed the decline in U.S. interest rates primarily to the country’s aging population, with other factors such as slower growth also playing a role.

But a steady rise in income inequality may be the bigger force driving rates down, according to a new paper released on Friday during the annual Jackson Hole research conference held virtually by the Kansas City Federal Reserve.

The research focuses on the neutral rate, or the longer-term interest rate at which the Fed is neither stimulating the economy nor slowing it down. That rate, known as “R-star,” tends to go down when savings are rising.

The general theory economists usually cite says that as baby boomers aged, a large portion of the population entered the highest earning years of their career – during which they would typically save more. But rising income inequality may be doing more to increase savings, according to researchers Atif Mian of Princeton University, Ludwig Straub of Harvard University and Amir Sufi from the University of Chicago Booth School of Business.

The bottom line is that higher-income households tend to save more than lower-income households, the researchers note. And the share of income going to the top 10% of households has risen steadily since the 1980s, “corresponding almost exactly to the downward pattern” in the neutral rate, the paper says.

The patterns caused by demographic shifts are not as strongly correlated with the decline in the neutral rate, the researchers say.

For instance, the share of income going to people between the ages of 45 and 64 rose from the 1990s through 2010 as more baby boomers entered that age group. But it started to fall in 2010 as those boomers began to retire. Meanwhile, the neutral rate declined during most of that time, the researchers said.

Fed officials are struggling to figure out the best ways to adapt monetary policy to a low interest rate world. There is little indication that inequality is going to lessen in the near future, the researchers wrote. If they are correct, rates could be low for a while. 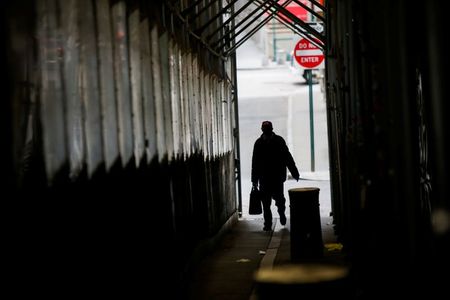 Levi Strauss warns of weak second half on pandemic woes, to...

Business group cautions U.S. on ‘reshoring’ too much China supply