Home Business U.S. has permitted more wind and solar under Biden, but needs to...

(Reuters) – The U.S. has accelerated the permitting of wind and solar projects on federal lands under President Joe Biden, but his administration needs more staff and less administrative red tape to keep up with the clean energy industry’s demand for land, according to a report submitted to Congress on Tuesday.

The announcement shows progress toward Biden’s goal of siting more renewable energy on public acreage as part of his climate change agenda while also underscoring the difficulty of quickly crafting policies to support the expansion of a fast-growing industry.

The report by the U.S. Bureau of Land Management (BLM) said it permitted 10 solar and 2 geothermal projects on public lands last year. That 2.89 gigawatts of capacity was up 35% from 2020, the last year of the Trump administration.

Overall, renewable energy development on federal lands has lagged that on private acreage. For comparison, the U.S. as a whole installed about 27 GW of utility-scale wind and solar capacity last year, according to federal data.

BLM expects federal approvals to increase, as it works to meet a Congressional mandate to permit 25 GW by 2025, or about enough capacity to power 4.75 million homes. It anticipates permitting more than 30 GW of wind, solar and geothermal capacity between fiscal 2022 and 2025, according to the report.

The Department of the Interior, which oversees BLM, is required to update Congress on its progress toward the 2025 goal yearly. In the last year, the agency took initial steps to improve coordination between agencies, reduce rental rates for solar and wind projects in parts of California and identify new priority areas for renewable energy deployment, it said.

But BLM needs about 66 more staff to handle the work associated with booming demand for land from renewable energy developers. The permitting is also often dragged out by reviews required by other agencies, such as the Fish and Wildlife Service (FWS). An agreement to improve coordination between BLM and FWS is in the works, the report said.

Finally, the agency is considering further rent reductions and making changes to other requirements that drive up the cost of siting on federal lands, it said. 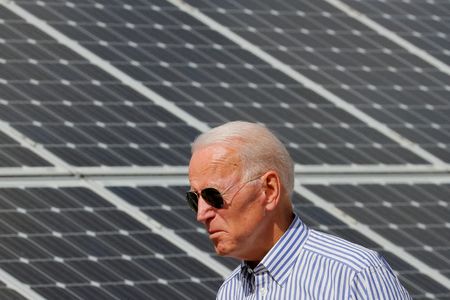 Exclusive-Disney/Pixar’s ‘Lightyear,’ with same-sex couple, will not play in 14 countries;...