(Reuters) – The Biden administration is set to unveil a plan that supports legislation to empower the U.S. federal government to negotiate drug prices in Medicare and pass along the benefits to the private sector, the Wall Street Journal reported https://on.wsj.com/3hbUEQL on Thursday.

The COVID-19 outbreak, which has upended the U.S. economy and so far killed about 649,299 people in the country, has drawn renewed attention to healthcare costs.

In August, President Biden said U.S. prescription drug costs were two to three times higher than other nations in the world, while urging lawmakers to enact legislation to lower drug prices.

The U.S. Medicare program is a health insurance program for people aged 65 and above, and those with disabilities.

The plan, to be released later on Thursday, will back legislation aimed at lowering drug prices put forth by congressional Democrats, the WSJ report said.

It will also outline other administrative measures such as testing reimbursement for drugs in Medicare based on the clinical value they provide to patients and federal funding for research into new treatments, the report said.

(Reporting by Mrinalika Roy in Bengaluru; Editing by Shinjini Ganguli) 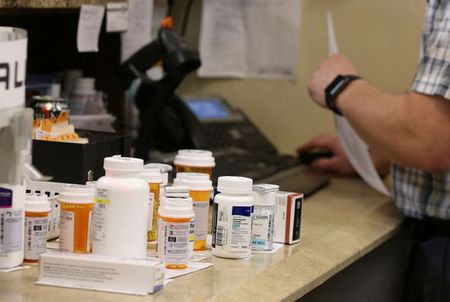 Disney to reveal pandemic hit to parks and ESPN, boost to streaming services, on...