WASHINGTON (Reuters) -The U.S. Federal Trade Commission said on Wednesday that a federal court should allow an antitrust lawsuit it filed against Facebook to go forward as the company has “interfered with the competitive process by targeting nascent threats through exclusionary conduct.”

In August the FTC refreshed its antitrust case against Facebook, now Meta Platforms, adding detail on the accusation the social media company crushed or bought rivals and asking a judge to force it to sell Instagram and WhatsApp.

The lawsuit represents one of the most significant challenges the FTC has brought against a tech company in decades, and is being closely watched as Washington aims to tackle Big Tech’s extensive market power.

In a filing with the U.S. District Court for the District of Columbia, the FTC said that for more than a decade, Facebook’s market share – for example, more than 70% of daily active users – exceed the levels needed to establish monopoly power.

It said that Facebook sought to maintain its monopoly position by buying photo-sharing app Instagram and secure messaging app WhatsApp.

“The FTC has once again brought a monopolization case without a monopolist. Its claims ignore the reality that people have more choices than ever before in how they share, connect, and communicate, and its second complaint should be dismissed just like the first,” a Meta spokesperson said in a statement.

The FTC also argued that Facebook was wrong to ask that Chair Lina Khan be recused from voting to approve the amended complaint. The FTC said it was originally filed before she was nominated to the commission and it would be the court, not the commission, which decided the case.

Facebook had said that Khan prejudged the case because of her previous work. 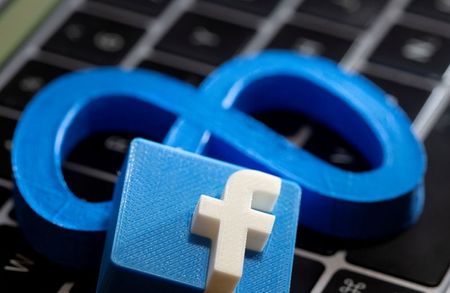 Amazon to grant new CEO Jassy over $200 million in stock

Nasdaq and broker Marex team up to sell commodities data