By Lindsay Dunsmuir and Ann Saphir

(Reuters) -The U.S. economy expanded at a moderate pace from mid February through early April and there was little respite for businesses from high inflation and worker shortages, a Federal Reserve report showed on Wednesday.

The latest anecdotal evidence from U.S. firms paints a picture of an economy which received a boost from falling COVID-19 cases and remains resilient despite high inflation amid gummed up supply chains. But it also points to ongoing problems that show no signs of easing as the Fed gears up to more rapidly tighten borrowing costs to put the economy on a more even keel.

Inflation continues to be a worry, with demand still far outstripping the supply of everything from labor to goods, not helped by recent lockdowns in China to restrict the spread of COVID-19 and a spike in food and energy costs due to Russia’s invasion of Ukraine.

“Supply chain backlogs, labor market tightness, and elevated input costs continued to pose challenges on firms’ abilities to meet demand,” the Fed said in its survey, known as the “Beige Book,” which was conducted across its 12 districts through April 11. “Outlooks for future growth were clouded by the uncertainty created by recent geopolitical developments and rising prices.”

The Fed raised interest rates in March for the first time in three years but they still remain low, currently in the target range of between 0.25% and 0.5%.

It is expected to raise rates by a half percentage point at its next policy meeting on May 3-4 and continue with a series of hikes this year designed to make a hefty dent to high inflation. Consumer inflation rose last month to 8.5%, the highest level since 1981.

The central bank will also in May likely decide to begin the process of reducing its balance sheet, which has ballooned to include roughly $8.5 trillion of U.S. Treasuries and mortgage-backed securities as the Fed sought to keep consumer borrowing costs low during the worst of the COVID-19 pandemic.

For now, most firms appear to be able to swiftly pass on higher input costs and most districts expected price pressures to continue over the coming months, the Fed’s report said, although contacts in a few districts saw fewer sales as a result of higher prices.

U.S. job openings remain near record highs, the unemployment rate is at a two-year low of 3.6% and wages have been boosted at a healthy clip, even if for most workers they have not kept up with inflation.

In St. Louis, the push and pull in the current labor market was on clear display as some firms offered “a new coffee shop, decorative improvements, more collaborative spaces and an arcade-style area” to try to entice workers back to the office, while others were so “at odds” over worker demands the local chamber of commerce set up special seminars to try to talk them through the conflict.

Still the heat in everything from price pressures to jobs to consumer demand to the housing market was palpable, and helps explain why Fed policymakers have so quickly pivoted to support faster rate hikes.

A residential real estate contact in South Dakota told the Minneapolis Fed that “anything ‘remotely close to good condition’ sells in less than 24 hours without having to list.”

The St. Louis Fed reported a trailer manufacturing contact saying that they “could double their sales if they had the workers.”

Yet there were also signs the Fed’s anticipated actions, which have already tightened financial conditions, may be beginning to bear fruit, at least in housing.

Most homebuilders reported that demand for new homes held steady, but as costs rise many customers are shifting toward smaller, less pricey homes, the Philadelphia Fed reported. Contacts also noted that some potential buyers are searching for more affordable housing options in more remote locations and in mobile home parks, or by remaining in rental properties.

But the report also flashed a warning sign for a Fed concerned about a potential wage-price spiral if inflation does not begin to abate soon. “Among those planning to hold the line on wage increases this year, it was noted that sustained higher inflation could push them to re-think their plans,” the Atlanta Fed reported. 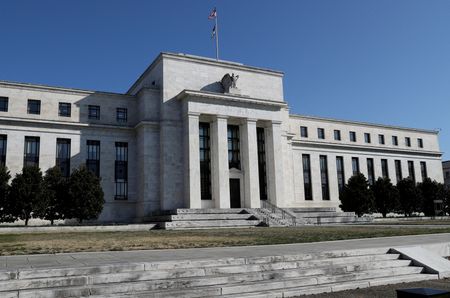 From pilots to ramp agents – U.S. airlines go all out to staff up