WASHINGTON (Reuters) – Federal Communications Commission chair Jessica Rosenworcel said Thursday she is confident questions raised about the impact of planned use of spectrum for 5G wireless communications on aviation safety can be resolved.

“You asked if I have confidence in our ability to resolve these issues with mitigation. The answer to that is yes,” Rosenworcel said, adding “discussions are ongoing.”

FAA chief Steve Dickson said Tuesday “we will figure this out” but said it is unclear what mitigations will be needed to address safety concerns.

The FAA issued a Nov. 2 bulletin warning action may be needed to address potential interference caused by the 5G deployment with sensitive aircraft electronics like radio altimeters.

People briefed on the matter told Reuters potential mitigation measures include small exclusion zones around airports, downward tilt of some antennas and reduced power levels to areas around airports to reduce the amount of skyward energy.

More meetings are scheduled Friday as the White House, FAA, FCC and other U.S. agencies try to resolve concerns. The goal is to reach agreement before Dec 5, officials said, which is roughly when the FAA would need to issue a formal directive to airlines on safety concerns without a new delay.

A coalition of wireless and other trade groups on Thursday told the White House “further delays in launching C-Band could have serious consequences for our nation’s ability to leverage the economic growth associated with 5G” and argue there have no been C-Band aviation safety issues in other countries using the spectrum.

RTCA, previously known as the Radio Technical Commission for Aeronautics, issued a 2020 report on the 5G aviation issue raising concerns. RTCA defended the report Tuesday, saying “calls for dismissal have not been validated by hard science or engineering analysis.”

Boeing Co, Airbus SE and U.S. airlines have urged administration action to resolve concerns, saying 5G could “cause harmful interference to radio altimeters, which are crucial systems used by every commercial aircraft and helicopter.” 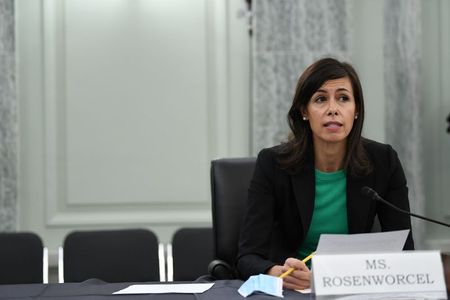 GM sent back to drawing board after most South Korea union members reject labour...