By David Shepardson and Sanjana Shivdas

“Boeing still needs to show that its proposed inspection method would meet FAA’s federal safety regulations. The FAA is waiting for additional data from Boeing before determining whether the company’s solution meets safety regulations,” the FAA said in a statement.

“Since the FAA has not approved Boeing’s proposal, Boeing chose to temporarily stop deliveries to its customers.”

Boeing Co said earlier it was providing the FAA with more information on its undelivered 787 Dreamliners but that there was no impact on planes already in service. The FAA noted it had issued two airworthiness directives to address production issues for in-service airplanes.

The U.S. planemaker’s 737 MAX and 787 have been afflicted by electrical and other issues since late last year, and it only resumed deliveries of the 787s in March after a five-month hiatus.

“We are working to provide the FAA with additional information concerning the analysis and documentation associated with the verification work on undelivered 787s,” a Boeing spokesperson said in an emailed statement.

“We continue to work closely with the FAA in a transparent and timely manner. There is no impact on the in-service fleet.”

Two key U.S. lawmakers said last week they were seeking records from Boeing and the FAA on production issues involving the 737 MAX and 787 Dreamliner.

In March, the FAA said it was taking “a number of corrective actions” to address multiple 787 production issues, including retaining authority to issue approval certificates for four specific aircraft.

On Thursday, Boeing agreed to pay $17 million in penalties under an FAA settlement after it installed equipment on 759 Boeing 737 MAX and NG aircraft that contained sensors that were not approved. That fine also covers Boeing’s submission of 178 Boeing 737 MAX aircraft for airworthiness certification when the aircraft potentially had non-conforming slat tracks installed, and improperly marked those slat tracks.

(Reporting by Sanjana Shivdas in Bengaluru, David Shepardson in Washington and Tim Hepher in ParisEditing by Aditya Soni, Patrick Graham and Frances Kerry) 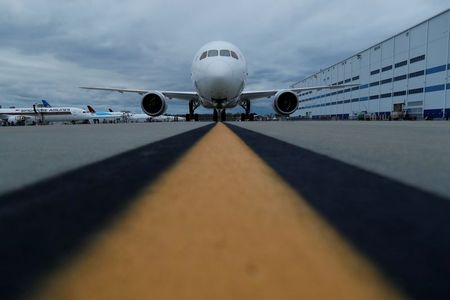 PayPal shuts down its services in Russia citing Ukraine aggression

Bayer to pay $40 million to resolve U.S. whistleblower claims over...