WASHINGTON (Reuters) – The U.S. Federal Aviation Administration (FAA) on Tuesday issued approvals for additional altimeters that allow about 90% of the U.S. commercial aviation fleet to perform low-visibility landings at airports where 5G wireless is deployed.

The FAA said it had cleared seven additional altimeters, bringing the total approved to 20. As of last week, it had cleared about 78% of commercial planes.

AT&T and Verizon Communications agreed on Jan. 18 to delay switching on new telecom towers near key airports even as they turned on the new 5G C-Band service.

Radio altimeters are used to give data on height above ground for bad-weather landings and the 5G technology could cause interference.

The issue is disrupting some landing in poor weather at smaller airports. Alaska Air said Monday the “rollout of this new 5G band is still creating disruptions for regional air travel.”

Verizon agreed to temporarily not turn on about 500 towers near airports, sources told Reuters, or less than 10% of their planned deployment, while the carriers and the administration work on a permanent solution.

Some U.S. airlines are concerned about Verizon’s plans to turn on additional towers around Feb. 1 and want to know if those new towers could impact any current operations. Verizon did not immediately comment.

Separately, the FAA on Tuesday published an airworthiness directive on the Boeing 777 and 747-8 airplanes that interference may affect multiple airplane systems using radio altimeter data. The directive does not prevent any operations at nearly all large U.S. airports. The FAA has approved alternative means of compliance for the airplanes. 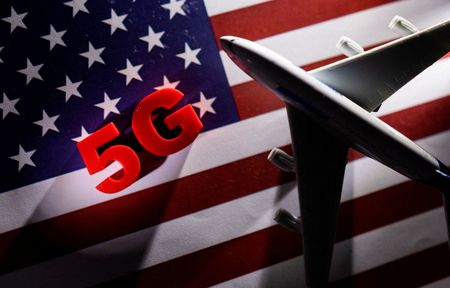