NEW YORK (Reuters) -U.S. motorists will see the highest gasoline prices in seven years when they hit the roads this Memorial Day weekend, the traditional start of the summer driving season, as fuel demand surges alongside coronavirus vaccination rates.

Further, some areas of the country, such as Washington, D.C., are still seeing a high percentage of gas station outages, after the nation’s top fuel pipeline temporarily shut down earlier this month.

Retail gasoline prices are at about $3.04 a gallon on average nationwide, the most expensive since 2014, data from the American Automobile Association showed.

And after a year of lockdowns to curb the coronavirus pandemic, tens of millions of American road-trippers are expected to be stung by those prices: More than 34 million Americans are expected to take to the highways between May 27 and May 31, AAA expects, an increase of 53% from last year but still down 10% from 2019.

“Ahead of Memorial Day, gas demand is expected to rise as more Americans take to the roads for trips that may have been delayed or avoided because of the pandemic,” said Devin Gladden, AAA spokesperson.

Pump prices had already gotten a boost earlier this month after a ransomware attack on Colonial Pipeline shut the system for days and stopped fuel supplies from moving across the United States.

Motorists fearing a longer outage raced to gas stations to fill up their tanks, emptying at one point more than 16,000 stations.

Around 6,000 gas stations were still without fuel this week, according to tracking firm GasBuddy. Almost 40% of gas stations in Washington, the nation’s capital, were empty. More than 20% of stations in North Carolina, Georgia and South Carolina were also without supplies.

“This is still due to the Colonial outage recovery, plus high demand, making it hard for stations to get back on top of things,” said GasBuddy’s Patrick De Haan. 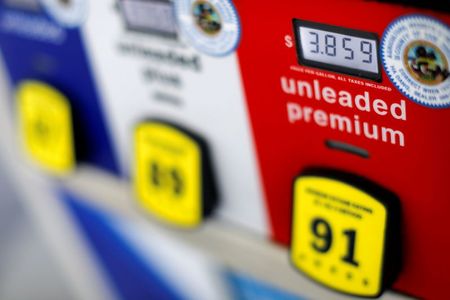 Musk’s banks may have a way to cut losses from Twitter...