By Tracy Rucinski and David Shepardson

(Reuters) -The expected U.S. downgrade of Mexico’s aviation safety rating is not about the safety of Delta Air Lines Inc’s partner Aeromexico and will have little impact on customers, Delta’s president said on Tuesday.

The planned downgrade by the U.S. Federal Aviation Administration (FAA) could come as early as Tuesday, people familiar with the matter said, and follows a lengthy review of Mexico’s aviation oversight by the agency.

“This is not about Aeromexico. This is about the Mexican version of the FAA not having some of the right protocols in place,” Delta President Glen Hauenstein said at a Wolfe Research conference.

“So very little impact for our customers booking through Delta,” Hauenstein said.

“What is does do is restrict Aeromexico’s ability to grow into the United States,” Hauenstein added.

Delta and Aeromexico have been joint venture partners since 2017. Delta also owns 49% of Aeromexico but took a $770 million charge on its investment last year after the carrier’s Chapter 11 bankruptcy filing.

This would not be the first time the FAA downgraded Mexico’s air safety rating. In 2010, the agency downgraded Mexico due to suspected shortcomings within its civil aviation authority, then restored its top rating about four months later.

(Reporting by Tracy Rucinski in Chicago and David Shepardson in Washington; Editing by Will Dunham) 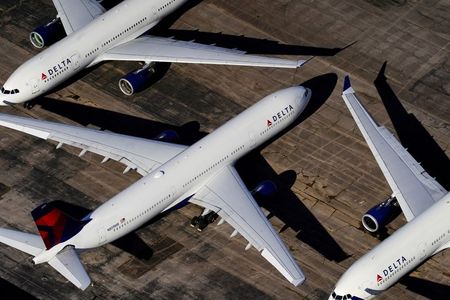 By Tom Westbrook and Georgina Lee ...

Nissan, Honda report lower China sales in May, Toyota up