Business spending on equipment contracted in the third quarter after four straight quarters of double-digit growth. It was weighed down a shortage of motor vehicles. A global shortage of semiconductors is undercutting motor vehicle production.

Unfinished work continues to pile up at factories as manufacturers struggle with snarled supply chains. This, together with strong demand for goods even as spending reverts back to services, should keep manufacturing, which accounts for 12% of the economy, humming.

Orders for durable goods, items ranging from toasters to aircraft that are meant to last three years or more, fell 0.5% last month after declining 0.4% in September.

They were depressed by a 2.6% drop in orders for transportation equipment, which followed a 2.8% decline in September. Motor vehicle orders rebounded 4.8% after falling 2.2% in September

Orders for the volatile civilian aircraft category tumbled 14.5% after plunging 31.2% in September. Boeing reported on its website that it had received only 10 aircraft orders last month compared to 27 in September. 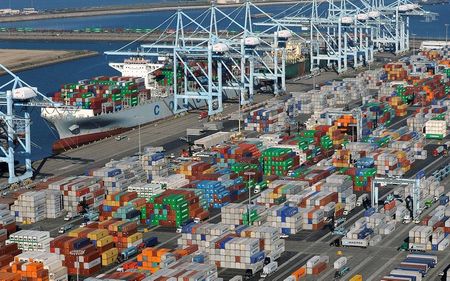