(Reuters) – A record-low percentage of U.S. consumers believe now is a good time to buy a home, with worries about surging prices and a small supply of houses on the market outweighing improved sentiment about their jobs and income, a survey from home financing giant Fannie Mae showed on Monday.

The percentage of consumers who said it is a good time to buy a home declined in May to 35% from 47%, Fannie Mae said in its monthly survey of the U.S. housing market. This reading, the lowest since Fannie Mae began the survey about a decade ago, marked the second straight monthly decline and represented a drop of 18 percentage points since March.

In comparison, the percentage of consumers indicating that now is a bad time to purchase a home increased to 56% from 48% last month.

“The ‘good time to buy’ component fell further – hitting another all-time survey low – as consumers appear to be acutely aware of higher home prices and the low supply of homes, the two reasons cited most frequently for that particular sentiment,” Fannie Mae Chief Economist Doug Duncan said in a statement.

The improvement of a U.S. economy that had been battered by the COVID-19 pandemic has left a challenging environment for home buyers.

The Mortgage Bankers Association (MBA) reported last Wednesday that its seasonally adjusted Purchase Index decreased 4% from a week prior to the lowest in more than a year.

(Reporting by Evan Sully in Dallas; Editing by Will Dunham) 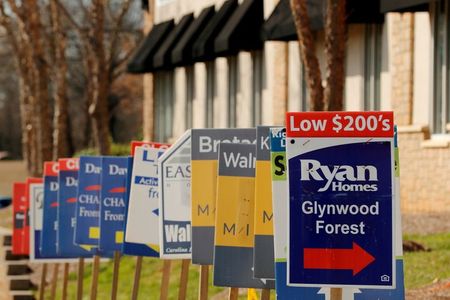 US does not want ‘rapid acceleration’ in India energy imports from...