(Reuters) – U.S. consumer sentiment deteriorated in May as consumers grew more concerned about a pickup in inflation, a survey released on Friday showed.

The University of Michigan’s Consumer Sentiment Index fell to a final reading of 82.9 from April’s final level of 88.3, though it was little changed from May’s preliminary reading of 82.8.

That was in line with the median forecast among economists polled by Reuters.

“Consumer confidence remained largely unchanged at the reduced level recorded at mid-month,” survey director Richard Curtin said in a statement. “It is hardly surprising that the resurgent strength of the economy produced more immediate gains in demand than supply, causing consumers to expect a surge in inflation.”

The survey’s barometer of current economic conditions fell to 89.4 from April’s 97.2, and also down from May’s preliminary reading of 90.8.

The survey’s gauge of consumer expectations slid to 78.8 in May from April’s 82.7, but up modestly from the mid-month reading of 77.6. 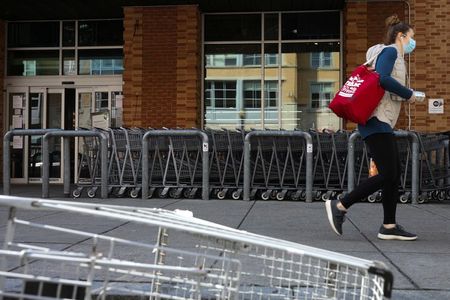 American Eagle earnings in for a hit from hefty freight costs