WASHINGTON (Reuters) – New orders for key U.S.-made capital goods were unexpectedly flat in July amid supply constraints and a shift in demand to services, suggesting that business spending on equipment could slow in the second half after robust growth over the past year.

Still, business investment in equipment remains strong, with the report from the Commerce Department on Wednesday showing shipments of these capital goods accelerating last month. Orders are 18% above their pre-pandemic levels. Investment in equipment is expected to help offset cooling consumer spending and keep the economy on a solid growth path this quarter.

“Overall, the July data point to solid equipment spending growth at the start of third quarter,” said Oren Klachkin, lead U.S. economist at Oxford Economics in New York. “But with producer prices running hot and the recovery tilting in favor of high-contact services, we’re likely to see a gradual moderation in real equipment spending growth in the second half of 2021.”

Stocks on Wall Street were trading higher. The dollar gained versus a basket of currencies. U.S. Treasury prices were lower.

Business spending on equipment notched four straight quarters of double-digit growth, helping to power the economy’s recovery from a short and sharp COVID-19 pandemic recession, driven by strong demand for goods, thanks to record-low interest rates and massive fiscal stimulus.

July’s slowdown in core capital goods orders likely reflected supply chain bottlenecks as well as the rotation of spending back to services from goods. There were decreases in orders for computers and electronic products. An ongoing global semiconductor shortage has hampered production of these goods.

For a graphic on Core capital goods:

“As production has not kept up with demand but demand has remained persistently strong, we would expect strong demand to keep production supported well into 2022 as supply issues are eventually resolved,” said Veronica Clark, an economist at Citigroup in New York.

The resilience is welcome amid signs that consumer spending is cooling as the Delta variant of the coronavirus causes a resurgence in new infections across the country.

Retail sales fell in July in part because of motor vehicle shortages. Credit card data suggests spending on services like airfares, cruises as well as hotels and motels has been slowing.

Economists at Goldman Sachs last week cut their third-quarter GDP growth estimate to a 5.5% annualized rate from a 9% pace. Bank of America Securities slashed its GDP growth estimate for this quarter to a 4.5% pace from a 7.0% rate. The economy grew at a 6.5% rate in the second quarter, pulling the level of GDP above its peak in the fourth quarter of 2019.

Orders for durable goods, items ranging from toasters to aircraft that are meant to last three years or more, dipped 0.1% in July after rising 0.8% in June. They were pulled down by a 2.2% decline in orders for transportation equipment, which followed a 1.4% increase in June.

For a graphic on Durable goods:

Orders for civilian aircraft tumbled 48.9%. Boeing reported on its website that it had received 31 aircraft orders last month compared to 219 in June. Orders for motor vehicles and parts rose 5.8% in July after climbing 1.8% in June.

Automakers have been adjusting their production schedules, including foregoing annual plant shutdowns for retooling in July, to manage their chip supply. That likely contributed to the jump in motor vehicle orders last month.

“Make no mistake, auto-production is still struggling to keep up with demand,” said Tim Quinlan, a senior economist at Wells Fargo in Charlotte, North Carolina. 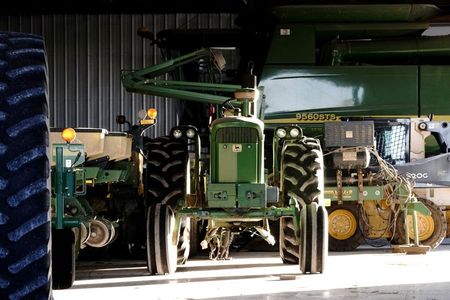 Crunch time for Congress with Biden’s agenda, and debt limit, on...

2 top cannabis stocks that are best for budding investors