By Daphne Psaledakis and Marc Jones

WASHINGTON/LONDON (Reuters) – The U.S. Treasury Department has banned U.S. money managers from buying any Russian debt or stocks in secondary markets, on top of its existing ban on new-issue purchases, in its latest sanctions on Moscow over its invasion of Ukraine.

Despite Washington’s sweeping sanctions in recent months, Americans were still allowed to trade hundreds of billions of dollars worth of assets already in circulation on secondary markets.

The Treasury said in guidance published on its website on Monday that the ban extends to all Russian debt and that all Russian firms’ shares are affected, not just those of ones specifically named in sanctions.

“Consistent with our goal to deny Russia the financial resources it needs to continue its brutal war against Ukraine, Treasury has made clear that U.S. persons are prohibited from making new investments in the success of Russia, including through purchases on the secondary market,” a Treasury spokesperson said on Tuesday.

The rules do still allow U.S. investors to sell or continue to hold Russian assets that they already own. Buying shares in U.S. funds that contain Russian debt or equities will also still be possible.

According to Morgan Stanley, Russian government and corporate debt on the international markets added up to just over $472 billion at the start of the year, making it one of the largest emerging market asset pools behind Mexico, Indonesia and Turkey.

The combined market cap of Moscow’s main stock exchange meanwhile, is currently around 35 trillion roubles ($588.24 billion) down from over 50 trillion in January.

The latest Treasury move surprised some analysts, especially because it was posted in the Frequently Asked Questions section of the department’s website, rather than announced with the most recent round of sanctions.

“The surprising new thing here is that trading of all existing debt has been now been prohibited, at least for the U.S. citizens,” said Seaport Global emerging market credit analyst Himanshu Porwal.

“We have been trading some of the names like Lukoil very actively, but now the U.S. accounts will be unwilling to transact.”

The United States and its allies have imposed several rounds of measures on Moscow since its Feb. 24 invasion of Ukraine.

Russia calls its assault a special operation to demilitarize Ukraine. Kyiv and its Western allies say it is a baseless pretext for an unprovoked war. 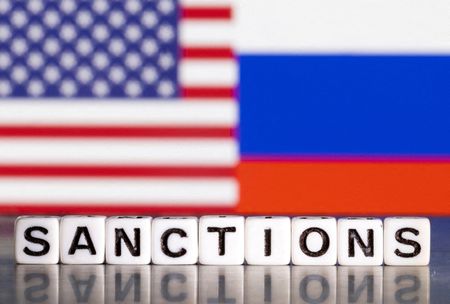 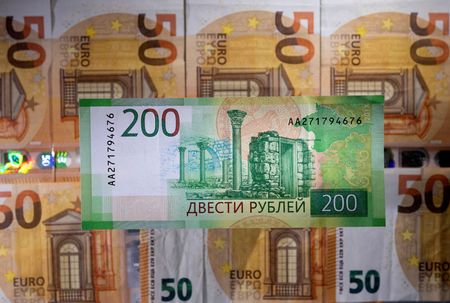 Industrial output in Shanghai falls for first time in 2 years

Commodities outperform in 2021 though gold loses its lustre