(In second paragraph fixes garble to read “up $58.3 billion from a year”)

WASHINGTON (Reuters) -U.S. bank profits rose 29.1% during the first quarter of 2021 from the previous quarter as banks adjusted expectations for future credit losses downward, a bank regulator said on Wednesday.

The industry posted $76.8 billion in first-quarter profits, up $58.3 billion from a year prior and $17.3 billion in the final quarter of 2020, the U.S. Federal Deposit Insurance Corporation (FDIC) said in its quarterly banking profile report.

The report data also showed that three-quarters of all banks, or 74.8%, reported higher quarterly net income compared with the year-ago quarter and that the share of unprofitable institutions dropped from 7.4% a year ago to 3.9%.

Loan balances declined from the previous quarter and year, driven by a reduction in credit card balances, the agency added.

This lift in U.S. consumers’ savings repeats a trend of previous quarters of unprecedented deposit growth, the regulator said.

“We’ve had record savings rates since the beginning of the pandemic, but this influx of deposits is not permanent,” an agency official told reporters.

“As the economy continues to expand due to consumers and businesses starting to spend again, we will see a significant moderation in growth,” another official added, saying that the agency will continue to monitor deposit trends.

Three new banks opened and 25 institutions merged in first quarter 2021. No banks failed during the quarter, the FDIC data showed.

The number of institutions on the FDIC’s so-called problem bank list declined by one to 55 from the previous quarter. 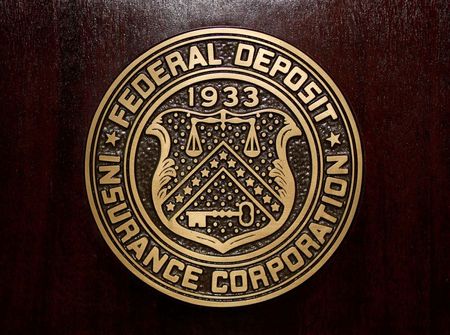 Uniper flags $6.3 billion in losses due to Russian gas crisis

By Soyoung Kim and Jack Kim ...

By Ankika Biswas and Noel Randewich ...

Scarcity and software set to power Mercedes-Benz through 2022