WASHINGTON (Reuters) – The U.S. government on Monday posted a $171 billion budget deficit for August, 15% lower than the $200 billion gap a year ago, as recovery-driven tax receipts grew faster than outlays for COVID-19 pandemic relief programs, the Treasury Department said.

The August deficit was $2 billion less than the average forecast by analysts in a Reuters survey. A U.S. Treasury official said the August budget results would not alter the department’s estimates for when Treasury’s extraordinary financing measures to avoid breaching the $28.4 trillion debt limit would be exhausted.

U.S. Treasury Secretary Janet Yellen last week urged Congress to increase or suspend the debt limit, saying that “cash and extraordinary measures will be exhausted during the month of October,” leaving the government unable to fully pay its obligations.

Receipts in August rose 20% from the year-earlier period to $268 billion while outlays in the month were up 4% to $439 billion. Some $59 billion in August benefits were paid in July because the month started on a non-business day. 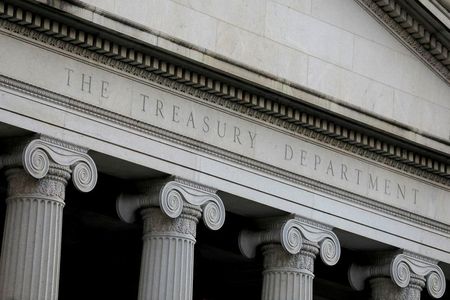 Fed’s Evans: taper bar could be met later this year