Home Business U.S. applications to start a business rise steadily in May

(Reuters) – Applications to start new U.S. businesses rose in May as economic activity continued to accelerate.

There were a seasonally adjusted 52,499 applications from corporations, down 0.8% from April. Applications for businesses with planned wages totaled 57,000, an increase of 0.9% from the prior month.

Overall, business applications rose in three of four U.S. regions last month and were higher across most industries. Among the handful of declining industries, the largest drop was in retail, which recorded a 4.6% decline, with smaller drops seen in the wholesale and healthcare and social assistance industries and the unclassified category.

Based on May’s figures, the Commerce Department’s Census Bureau, which compiles the data, projected about 35,578 new business startups with payroll tax liabilities would form within four quarters of application, up 1.9% compared to the estimates for April. 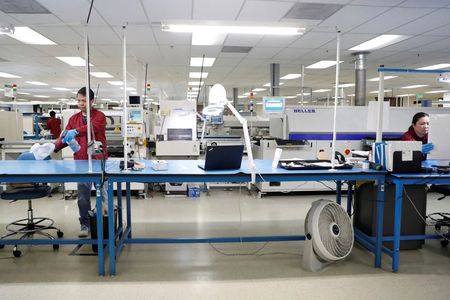 Poor countries’ debt servicing is the costliest since 2000 – World...