(Reuters) – Applications to start new U.S. businesses declined in August for just the third time this year and the first time since June as the recent surge in coronavirus cases put entrepreneurs on hold.

There were a seasonally adjusted 50,564 applications from corporations, down 2.5% from July. Applications for businesses with planned wages totaled 51,240, a decrease of 3.7% from the prior month.

Economic growth nationwide is forecast to accelerate this year at the fastest pace in four decades. However, the rise in the number of Americans testing positive for the coronavirus and the lingering Delta variant have halted plans for both entrepreneurs and job applicants.

“The latest COVID surge brings another wave of uncertainty that may weigh on entrepreneurs’ willingness to start new businesses,” said Oren Klachkin, lead U.S. economist at Oxford Economics in New York. “The Delta variant will also make it harder for new businesses to hire if people are fearful of contracting the virus in their new job.”

Business applications fell in all four U.S. regions, led by a 6.2% drop in the South. Applications were lower across all industries except in mining, real estate and unclassified services. Mining posted a 6.6% increase from July.

The largest drop was in utilities, which recorded a 12.8% decline, with other sizable drops in accommodation and food services, as well as the arts and entertainment category.

Based on last month’s figures, the Commerce Department’s Census Bureau, which compiles the data, projected about 31,994 new business start-ups with payroll tax liabilities would form within four quarters of application, down 4.5% compared with the estimates for July. 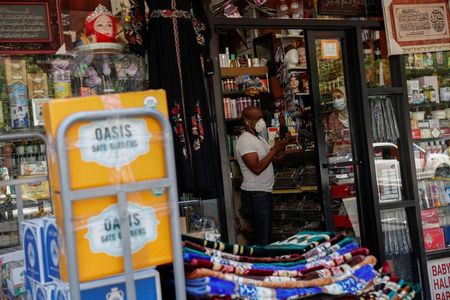