By David Shepardson and Tracy Rucinski

WASHINGTON (Reuters) -Eleven U.S. airlines issued $12.84 billion in cash refunds to customers in 2020 as the coronavirus pandemic upended the travel industry, the head of industry trade group Airlines for America (A4A) said in a letter to lawmakers on Friday.

Airlines have faced a backlash from passengers and some lawmakers over their handling of redemptions for flights canceled during the pandemic.

Earlier this month, Senators Edward Markey and Richard Blumenthal called on carriers to issue cash refunds whether flights were canceled by the airline or traveler.

Nicholas Calio, A4A chief executive, acknowledged that many carriers encouraged customers to accept vouchers for future travel instead of cash, but said it was not done with “ill intent” but rather to prevent potential bankruptcy declarations.

“The facts clearly show that U.S. airlines have maintained a steadfast commitment to the traveling public over the course of the pandemic and routinely issued refunds in accordance with all federal laws and regulations,” Calio wrote in a letter to the two senators.

Calio said the cash refunds, which accounted for about 20% of airline revenues last year, came on top of billions of dollars of travel credits that are now being used “at a rapid clip” to book fresh flights.

The redemption of vouchers currently accounts for 10% to 15% of carriers’ monthly ticket sales and is expected to increase in coming months as the pandemic winds down and markets and venues re-open, Calio said in the letter, seen by Reuters.

A forecast surge in summer leisure travel as more Americans become vaccinated against the coronavirus is expected to help airlines return to positive cash flow after record losses last year. 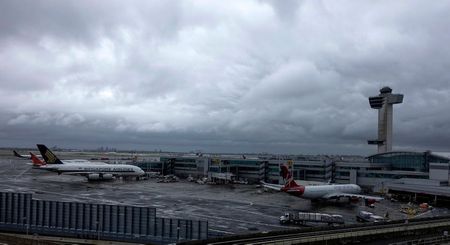 Ousted Rogers Communications chairman strikes back with plans to rejig board