(Reuters) – Several U.S. airlines on Thursday warned of a slowdown in ticket sales and cut revenue forecast as the fast-spreading Delta variant of the coronavirus threatens to blunt the recovery in travel that had started following the roll out of vaccines.

American Airlines expects third-quarter total revenue to be down about 24% to 28% compared with the same period in 2019. The company had previously estimated revenue to decline 20%.

The world’s largest airline blamed the Delta variant for softness in bookings in August and said “this weakness has continued into September and has resulted in a slowing of net bookings growth for close-in travel.”

Airlines were banking on a strong rebound in demand for air travel after being hammered by a collapse in business travel and the grounding of international flights. But the Delta variant has put a spanner in the works.

Earlier this month, the Transportation Security Administration said it screened 1.345 million airline passengers on Aug. 31, the lowest daily number since May 11.

United Airlines Holdings Inc expects revenue to fall 33% in the third quarter from 2019 and capacity to decline at least 28%, more than the 26% fall forecast earlier.

Delta Air sees third-quarter adjusted revenue to be at the lower end of its forecast, while JetBlue Airways Corp expects current-quarter revenue to decline between 6% and 9% compared with its previous estimate of 4% to 9% decline.

Southwest Airlines Co said the company might incur a loss in the current quarter, warning that softness in leisure bookings has continued into September and October.

Airlines, however, remained cautiously optimistic about demand picking up in the holiday season. JetBlue anticipates leisure demand for peak holiday travel “will hold up relatively well.”

Delta Airlines said booking trends have stabilized in the last 10 days and expects recovery to resume. 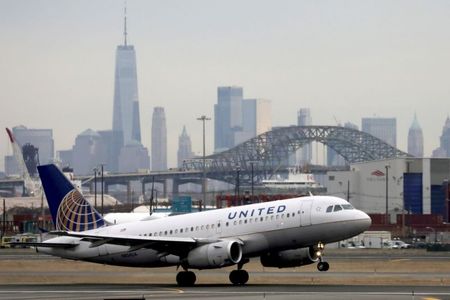 3 Stocks to watch out for as the market rallies