(Reuters) -Tyson Foods Inc said on Wednesday Chief Executive Officer Dean Banks would step down due to personal reasons after just eight months in the job, turning the helm over to the company’s operations head Donnie King.

Banks took over from 37-year company veteran Noel White in October at a time when the meatpacker was facing unprecedented disruptions from the COVID-19 outbreak.

Thousands of U.S. meatpacking workers were infected by COVID-19 last year, leading to temporary meat shortages as processors closed slaughterhouses in April and May.

“I believe that stepping down and concentrating on my family is the right decision at this time,” Banks said in a statement.

King, who will take the helm immediately, is the fifth CEO for Tyson in five years. He has been with the company for more than 36 years and was named chief operating officer earlier this year.

(Reporting by Aishwarya Venugopal in Bengaluru; Editing by Aditya Soni) 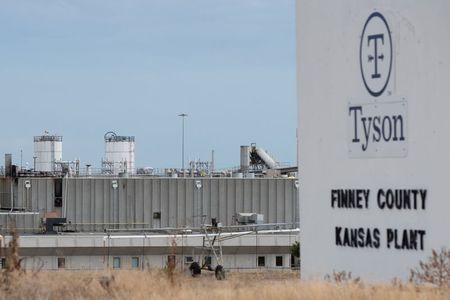 Why sentiment in industrial metals has been crumbling