(Reuters) – Two former employees of Balfour Beatty Communities, one of the U.S. military’s largest private landlords, have pleaded guilty to fraud for helping the company secure millions in bonuses while covering up poor housing conditions at several Air Force bases, the Department of Justice announced.

The reports prompted an investigation by the Air Force Office of Special Investigations and the Inspector General’s Defense Criminal Investigative Service. It remains ongoing.

Stacy Cabrera, a former housing manager at Texas’s Lackland Air Force Base who told Reuters she felt pressure to manipulate records to meet the bonus goals, pleaded guilty to major fraud in April and faces up to five years in prison and a $250,000 fine.

“You either make these numbers match so we can get the incentive fees, or you may not have a job tomorrow,” Cabrera, whose name was Stacy Nelson when she worked for the company, told Reuters in 2019. Reached Wednesday, Cabrera said she could not comment.

Rick Cunefare, a former Balfour Beatty regional manager who oversaw bases in Oklahoma, Texas and other states, pleaded guilty earlier this year to major fraud and faces up to 10 years in prison and a $250,000 fine. He could not be reached for comment Wednesday.

The DOJ said Cunefare directed underlings to make the company’s maintenance performance appear stronger than it was. “Cunefare admitted that the false information deceived the U.S. Air Force,” the DOJ said.

“The defendants defrauded the U.S. Air Force and put corporate profits ahead of the well-being of servicemembers and their families,” said Acting Assistant Attorney General Nicholas L. McQuaid of the Justice Department’s Criminal Division.

Balfour Beatty Communities, a unit of British infrastructure conglomerate Balfour Beatty plc, told Reuters it never sanctioned the doctoring of records and that it has instituted internal controls to ensure the practice is not repeated.

“The company is continuing to work with the Department of Justice to resolve the matter,” a spokesman said Wednesday. 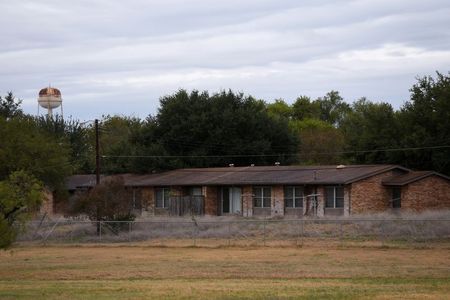 Tesla would face tough road in any bid to slash $137 million racial bias...

Tesla says it is trying to keep production going at Shanghai...