(Reuters) -Twitter is gearing up for its most ambitious quarter of user growth, leaders of the social media company’s consumer products division told staff on Tuesday.

Twitter is aiming to grow its monetizable daily active users, or users who see advertising, by 13 million this quarter, according to an internal meeting that was heard by Reuters.

It is the highest goal the team has ever set, leaders told staff.

They added that Twitter is on track to reach the goal and has currently achieved 8.5 million in user growth, one of the best growth quarters to date.

The San Francisco-based company is maintaining its ambition to attract new users even as its deal to be acquired by billionaire Elon Musk remains uncertain.

Musk in a filing on Monday warned Twitter that he might walk away from the $44 billion deal if the company does not provide data to allow him to independently verify the proportion of spam and fake accounts on the social media platform.

The company has said in public filings that spam and fake accounts represent fewer than 5% of quarterly monetizable daily active users.

The war in Ukraine boosted user activity on Twitter late in the first quarter, but time spent on the platform has declined 4% in the current quarter, leaders said.

Twitter added 20 million users during the second quarter of 2020, its highest quarterly sequential growth since at least 2019, as users flocked to the platform for news at the beginning of the pandemic.

Since then, the company has struggled to stay on track to reach its longer-term targets for both user growth and revenue, prompting a hiring freeze and cost-saving measures.

Twitter’s internal goal of 13 million in user growth exceeds Wall Street’s expectations, as analysts on average were projecting growth of 9 million, according to IBES data from Refinitiv. 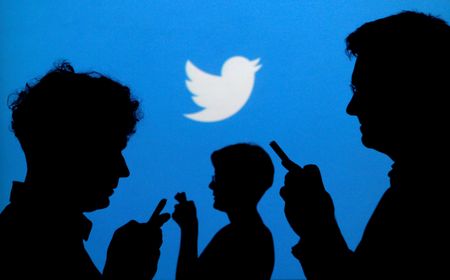 Fed’s Powell says economy ‘a ways off’ from bond taper, inflation to ease