Below are five key takeaways from the indictment which was unsealed on Thursday.

— Allen Weisselberg and the Trump Organization were charged by Manhattan District Attorney Cyrus Vance Jr with scheming to provide “off the book” compensation to Weisselberg and other unidentified executives, reducing tax obligations. They entered not guilty pleas.

— Weisselberg received $1.76 million in indirect compensation including rent on a Manhattan apartment, annual lease payments on two Mercedes Benz cars, beds, televisions and even cash. He also concealed for years that he was a resident of New York City, avoiding local taxes. The indictment said he evaded about $900,000 in various taxes.

— The former Republican president and his adult children who run the Trump Organization were not charged and not accused of wrongdoing, although the former president was mentioned in the indictment. Weisselberg’s family members received private school tuition paid by personal checks drawn on the account of Donald Trump.

— The 15-count indictment includes a charge of grand larceny in the second degree against Weisselberg, which carries a maximum prison term of 15 years.

— The scheme to defraud tax authorities began in 2005 and continues to this day, according to the indictment. Prosecutors said the scheme also included paying a substantial portion of Weisselberg’s and other employees’ year-end bonuses from related Trump Organization companies, which lowered tax obligations. 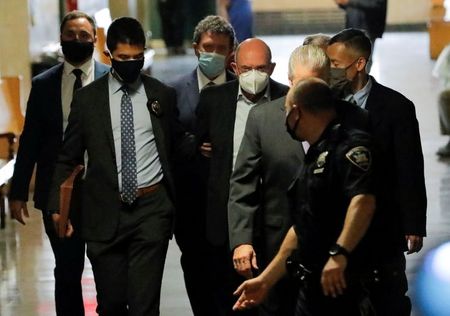