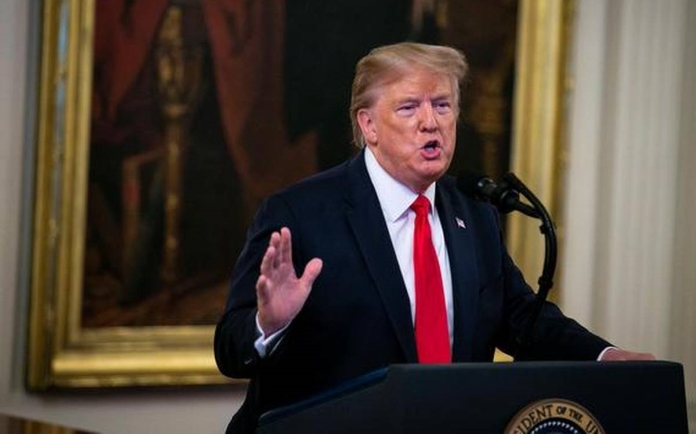 It has been reported that the stocks of the United States have gone down steeply. This was reported on Thursday, followed by a press conference by the US President Donald Trump as he could not reassure the investors. The downing of the US stocks futures has also resulted as a new case of Corona Virus was discovered in California whose origin is still unknown.

The US President Donald Trump told this on Wednesday evening at a White House press that there is no reason to panic. He explained that he has already downplayed the risks and told that the country is pretty much prepared for the probable outbreak of the COVID-19. Also, he had announced that Mike Pence, the Vice President has been put in the charge of the outbreak response of the country.

In the meanwhile, a new case of coronavirus has been confirmed in the Northern region of California. The origin of this virus has not yet been confirmed. This is because in the case that has been reported, the affected person has not traveled to the areas which are infected or has not been known to be in contact with someone who is diseased by this virus. This report has further given rise to worries and caused the researchers to figure out where the virus has been spreading.

A senior Asia Pacific market analyst at Oanda, Jeffrey Halley, wrote in a note: “President Trump finally addressed the arrival of coronavirus on U.S. shores, and the government’s response to controlling its potential spread. . . .Neither inspired an already shaky North American market.”

Stephen Innes, who is the chief market strategist as Axiscorp, has been reported to have a grim prediction while addressing the new case of coronavirus in California. He has written on a note that “If this virus spread intensifies stateside, it will most definitely be the straw that breaks the market back.”

Before Wednesday, Microsoft Corp. MSFT, +1.25% warned that it will not be able to meet the quarterly forecast because of the impacts of the outbreak. Also, this has signaled that the greater widespread guidance would miss across the industry of technology. The Dow and S&P 500 index went down for a fifth consecutive day due to the rising fear of coronavirus outbreak impact on the global economy.

Exclusive: Lufthansa draws up ‘Plan B’ to avoid insolvency – source

COVID-19 shook, rattled and rolled the global economy in 2020

Beyond Meat to sell patties in mainland China through Freshippo stores

‘Glow’ to replace ‘whitening’ in some L’Oreal skin products