WASHINGTON (Reuters) -U.S. tariffs on aluminum imports imposed since the Trump presidency have led to increased output, employment and capital investment by domestic manufacturers, according to a new report from the left-leaning Economic Policy Institute.

The study https://www.epi.org/publication/aluminum-producing-and-consuming-industries-have-thrived-under-u-s-section-232-import-measures released by the Washington-based think-tank on Tuesday said the “Section 232” 10% aluminum tariffs, introduced in March 2018 and still in place under President Joe Biden, have led to $6 billion in 57 downstream aluminum product projects.

These projects will employ over 4,500 additional workers and add more than 1.1 million metric tons in annual rolling and extrusion capacity, according to the report.

“The resurgence of the U.S. aluminum industry — with minimal apparent knock-on effects in other parts of the economy — belies claims by critics, pundits, and representatives of many firms in downstream industries, who argued that the Section 232 tariffs would have a devastating negative impact on a wide range of domestic industries,” EPI economists Adam Hersh and Robert Scott wrote in the report.

The report also credited the tariffs with a 37.6% increase in primary aluminum smelting between March 2018 and February 2020, compared with the prior two-year period, adding 1,095 jobs and reviving an industry that had been devastated by subsidized imports from China, India, Russia and the Gulf.

The report argues that the causal relationship between primary aluminum prices and those of end-use goods made from aluminum, including canned beer, construction products, furniture and motor vehicle bodies, shows the effects to be “statistically zero to economically trivial.”

The EPI also said that retaliatory 25% EU tariffs on American whiskey introduced in June 2018 have not hurt overall production, citing annualized volume growth of 6.8% from 2017 to 2020, faster than the previous three years’ rates. While it acknowledged EU-bound whiskey exports fell, it noted exports to the rest of the world are also down.

“U.S. whiskey producers found more profitable uses in domestic markets for the whiskey they were already producing,” the study said.

Distilled Spirits Council spokeswoman Lisa Hawkins disagreed with the EPI report’s conclusions, saying that small craft distillers have been hit especially hard by the tariffs, which cut U.S. whiskey exports to the EU by 37% and the UK by 53%.

“It doesn’t take an economist to see that these tariffs are having a devastating impact on the U.S. distilled spirits industry,” she added. 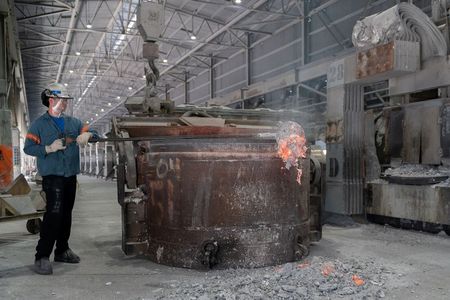 European investors warn of shift away from Vietnam over restrictions

Factbox-What is the special tax designation Disney might lose?