(Reuters) – The chief executive of the blank-check acquisition firm that plans to merge with former U.S. President Donald Trump’s new social media venture is chasing retail investors to save another of his deals from falling apart.

According to regulatory filings and a person familiar with the matter, Benessere Capital led by Patrick Orlando has postponed its special shareholders’ meeting to extend its deadline to complete a merger because not enough investors sent in their votes.

The special shareholder meeting has been rescheduled to Jan. 7, the previously set date for Benessere to close a deal, from Jan. 5. If Benessere Capital can’t secure enough shareholder votes to extend the deadline by then, the special purpose acquisition company (SPAC) will face the risk of being dissolved.

Orlando’s other SPAC, Yunhong International, liquidated last year, citing its “inability to consummate an initial business” within the deadline stipulated as per the company’s regulations in its filings.

As retail participation in SPACs rose since 2020, it can post challenges for SPACs to chase down individual investors and gather enough shareholder votes from them. Lucid Group(LCID.O), a highly popular SPAC target among retail investors, had struggled to get enough votes to approve its merger last year.

SPACs usually hire proxy solicitors to contact retail investors to vote through mails and by phone. Retail investors account for over 60% of Benessere’s shareholders, according to the source.

When Orlando’s other SPAC, Digital World Acquisition Corp (DWAC.O), announced its plan to merge with Trump’s new social media company, many retail investors flocked into the stock as well as Benessere.

Benessere has agreed to combine with hydrogen fuel supplier eCombustible in November, valuing the energy firm at $805 million.

A SPAC is a publicly listed shell company that raises funds intending to merge with a private company within a deadline ranging from 12 to 24 months.

(Reporting by Krystal Hu in Toronto; editing by Greg Roumeliotis and Grant McCool) 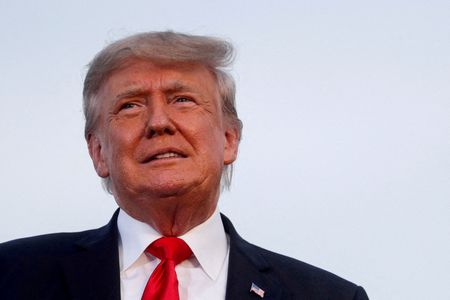 By Marc Jones and Walter Bianchi ...

GoDaddy’s new CEO on leadership now: ‘Change is a tiger’