Home Stock Sectors Travel ban announcement spreads a new wave of panic in the US... 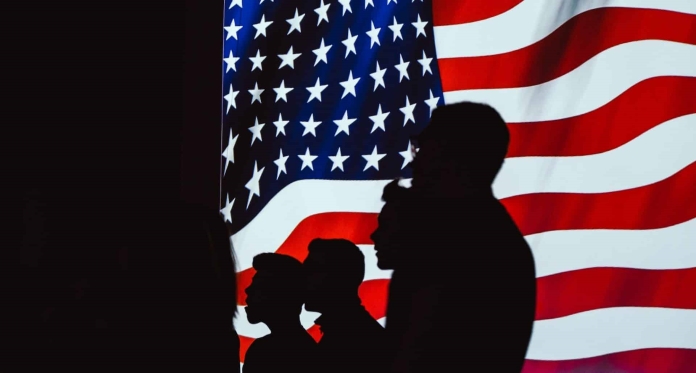 It is the second time this week that the market has been paused briefly for trading. All of this owes to the crisis that is being sent by coronavirus globally. On Thursday, the market faced a steep fall and brought every major index into the bear market officially.

By mid-afternoon, the DOW Jones Average was off by 2000 points approximately or around 8.5%. On the other hand, the S&P 500 remained low by 7.9% on the day. Not only this, even the European markets lost a whopping 12% in one single day. Such a huge drop for the market is marked as a black day in history. The loss was reported even after the European Central Bank bought bonds and offered a lot more liquidity in the market to boost it further.

The announcement from Trump regarding the travel ban brought about a wave of cancellation and shutdowns throughout the world. This, along with the fact that authorities from around the world are failing to come up with a solution to boost the economy has finally led to the bloodbath on Wall Street on Thursday. As per experts, there is no sign of the virus slow-down or economic relief any soon for the global markets.

With a travel ban, the global GDP will take a major hit because it is a fact that the traveling industry is a huge source of economic gain for countries throughout the world. Each day the news only keeps getting worst and this, in turn, drives away investors from the market in fear of a global recession. The fall of stocks on Thursday was so fast that the market automatically went into a 15 – minute pause. The circuit breakers were first used in the 1987 crash and before this week they weren’t used even one single time.

However, the market gained certain momentum in the middle of the day when the Federal Bank stepped in and informed that they would ease these disruptions. DOW gained back half of what it had lost but this shift quickly faded away and the steep fall continued once again for the major indices.

Last August, President Donald Trump boasted of the huge 50% gain on the DOW index since he took the oath. On Thursday, the gain was cut down to 17.5% as of yet and given the trends, it is expected that unless a miracle happens, the market will fall even lower. The DOW ended the day with a 20% drop from its previous high and after a decade of bulls, it entered the bear market. The 11 – year climb in the stock market has finally come to an end and this deeply disturbs the investors and traders alike. Coronavirus is bad for the health of humans as well as the financial markets which is why the world waits for a miracle cure to this flu. Let’s hope for better reports to come as the Federal Bank promises to bring in more liquidity.

Bezos to give Amazon reins to cloud boss Jassy as sales rocket past $100...

Commerzbank board meets amid leadership void after top resignations