The pandemic slashed sales by 80%, said Bryan Archee, who has owned the Second Cup location for 11 years. The return of office workers to the towers above offers a beacon of hope for his and other businesses that depend on them. Yet Archee is troubled by announcements that many employers will embrace a hybrid work model.

“Hybrid will affect our business greatly,” he told Reuters. “Our average cheque is not high, so we need volume. If we don’t have that volume, we won’t survive.”

The PATH is a collection of some 1,200 restaurants and shops spread over 30 kilometers (18.6 miles) under Toronto’s main financial district. The city of Toronto says the PATH connects office towers held by about 35 corporate owners.

Following the end of one of the world’s longest continuous lockdowns, hundreds of stores remain shuttered or empty in the PATH, which bustled before the pandemic with 200,000 office workers using it each weekday. The hubbub of throngs of office employees, who would fill its corridors during breaks or after work, has been replaced by an eerie quiet.

By contrast, customers have returned much more rapidly to street-facing retailers and the neighbouring Eaton Centre mall, a popular tourist and shopping destination.

Foot traffic is crucial for the financial survival of Archee’s shop and many other businesses in PATH. They are bracing for an uncertain future even after the pandemic, with many companies planning for employees to keep working remotely part of the week.

The PATH stores of retailers including fashion brand Maska Mode and gourmet fast food chain Mad Radish, for instance, remain shuttered but their shops in other malls and street-front locations remain open.

Smaller businesses with no or few locations elsewhere will be especially hard hit, said Karl Littler, senior vice-president for public affairs at the Retail Council of Canada.

“The PATH is big, complex, but it’s not a destination unto itself,” said Tim Sanderson, national lead for retail at JLL Canada. “And it remains fashion and food-focused, the two categories that have been significantly impacted by what’s going on. We’re going to continue to see vacancies down there.”

Leases may allow tenants to break their contracts if a certain level of occupancy is not maintained, possibly further raising vacancy levels, said Craig Patterson, retail consultant and editor-in-chief of Retail Insider.

Without thousands of office workers cruising the PATH daily, landlords could seek out more resilient tenants. Clothing stores and other traditional businesses that leave could be replaced by educational facilities, clinics, even technology spaces and libraries or other service offerings that are destinations in themselves for residents of downtown Toronto, said Bradley Jones, head of retail at Oxford Properties Group. Oxford Properties owns some office towers and sections of the PATH under them.

With multiple landlords owning sections of the PATH, comprehensive statistics are unavailable. But some tenants who have gone out of business have been replaced with others on short-term leases or pop-up stores.

Many, like Archee’s coffee shop, have survived because of government subsidies and landlord leniency during lockdowns.

“The question is, when we take those bandages off, what’s going to happen?” said Frank Magliocco, real estate leader at PwC Canada. “Do they have enough to get back on their feet?”

Offices are now about 15% occupied, and expected to get to 50% by the end of this year, which will help revive some businesses in the PATH, Jones said.

But “there’s no doubt that those facilities in the PATH and underground have been hit the hardest,” he said. “And they will take longer to recover.” 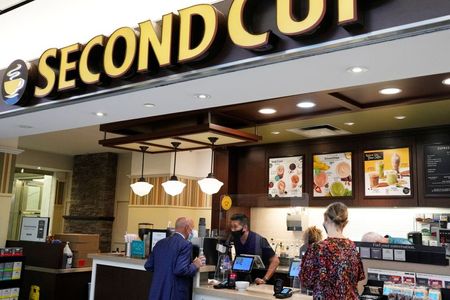 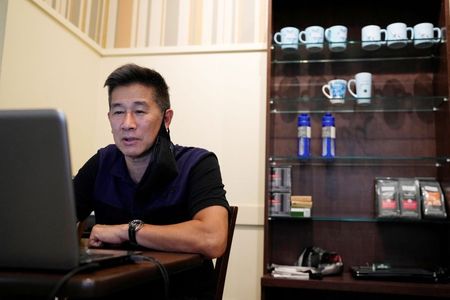 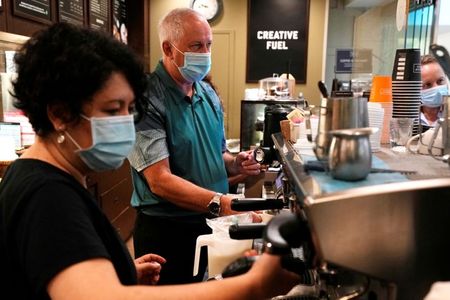 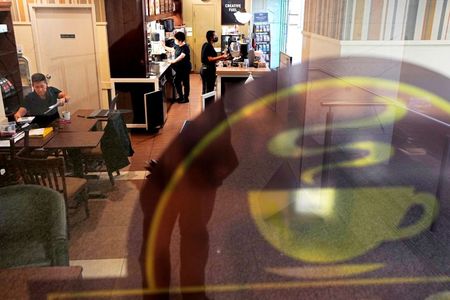 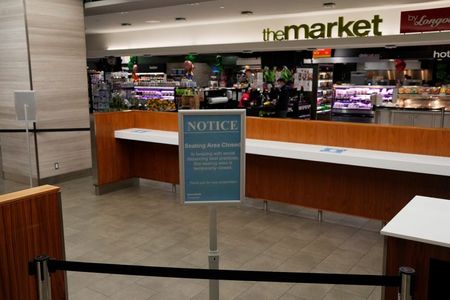 Learjet, the private plane synonymous with the jet-set, nears end of runway

Munich Re Q2 profit up around 90%, beating expectations