By Greg Roumeliotis and Pamela Barbaglia

LONDON (Reuters) -Credit Suisse has lost a key dealmaker in Europe, two sources familiar with the move said, as a pay-driven exodus of top investment bankers which began in the United States spreads.

Switzerland’s second-largest bank is struggling to retain staff after trimming bonuses to tackle losses of more than $5 billion stemming from the collapse of U.S. investment firm Archegos and the impact of suspending funds linked to collapsed British supply chain finance firm Greensill Capital in April.

Armando Rubio-Alvarez, who heads the Swiss bank’s financial institutions (FIG) franchise in Europe, the Middle East and Africa, is moving to Jefferies, the sources said.

His appointment follows the departure of Credit Suisse’s global head of financial institutions, Alejandro Przygoda, who recently announced plans to move to Jefferies alongside three other bankers in his New York-based FIG team.

Rubio-Alvarez, whose move will be effective after the summer, will take on European responsibilities at Jefferies in addition to leading the bank’s coverage of some of its biggest financial clients.

Rubio-Alvarez became sole head of Credit Suisse’s EMEA FIG team in December after an internal reorganization which saw the former unit co-head, Max Mesny, dropping his managerial role to take on a client-facing job as chairman of EMEA FIG and global fintech.

His departure is another blow to the scandal-hit bank where four other FIG bankers in New York – Tim Devine, David MacGown, Chris Eby and Nick Daly – recently quit to join rivals including Barclays and Goldman Sachs, the sources said.

Chris Williams, who rejoined Credit Suisse in October from boutique advisory firm Perella Weinberg Partners, will temporarily lead the bank’s FIG team in Europe in a move aimed at avoiding further defections, one of the sources said.

Credit Suisse has been plagued by an outflow of talent in recent weeks, mostly in the United States where 15 bankers including global industrials head Stephanie Ruiz, transportation specialist Jason Wortendyke and healthcare managing director Leo Reif have left since May.

Another senior managing director in Paris, Bruno Angles, who oversaw all the bank’s franchises across France and Belgium, quit in April to take on a role at insurer AG2R La Mondiale. 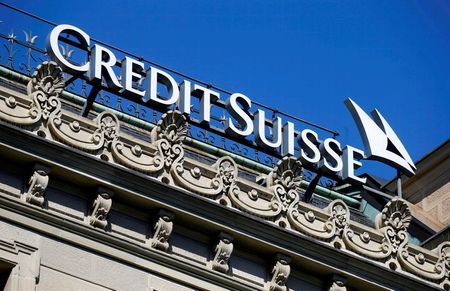 Twitter asks some laid off workers to come back, Bloomberg reports