SEATTLE/PARIS (Reuters) – Boeing Co CEO Dave Calhoun faces a multibillion-dollar dilemma over how to rebuild sales in its core airliner business that has sparked an internal debate and put the future of the largest U.S. exporter on the line, industry insiders say.

Boeing is reeling from a safety scandal following crashes of its 737 MAX airliner and an air travel collapse caused by the pandemic. Those crises have overshadowed a deeper, longer term risk to the company’s commercial passenger jet business.

Boeing’s share of the single-aisle jetliner market – where it competes in a global duopoly with Airbus – has faded from some 50% a decade ago to roughly 35% after the 737 MAX’s lengthy grounding, according to Agency Partners and other analysts.

Airbus’ single-aisle A321neo has snapped up billions of dollars of orders in a recently booming segment of the market, as the largest MAX variants struggled to block it.

Without a perfectly timed new addition to its portfolio, analysts warn America risks ceding to Europe a huge portion of that market – valued by planemakers at some $3.5 trillion over 20 years.

But Boeing is not yet ready to settle on a plan to develop a new plane to counter the A321neo, and two leading options – press ahead now or wait until later – come with financial and strategic risks, several people briefed on the discussions said.

“I’m confident that over a longer period of time, we’ll get back to where we need to get to and I’m confident in the product line,” Calhoun said in April as Boeing won new MAX orders.

Asked about the company’s discussions and options over a potential new airplane, a Boeing spokesman said it had no immediate comment beyond Calhoun’s remarks to investors.

A weakened Boeing has little margin for error, especially as it tackles industrial problems hobbling other airliners.

Boeing’s first option is to strike relatively quickly, bringing to market by around 2029 a 5,000-mile single-aisle jet with some 10% more fuel efficiency. That could potentially be launched for orders in 2023.

“There is no better way to fix their image than invest in the future now, pure and simple,” said Teal Group analyst Richard Aboulafia.

A new single-aisle jet would replace the out-of-production 757 and fill a void between the MAX and larger 787, confirming a twist to earlier mid-market plans as reported by Reuters https://www.reuters.com/article/aircraft-projects-idUSL5N2CF5PN in April last year. The idea took a backseat early in the pandemic, before regaining attention.

It would also be an anchor for an eventual clean-sheet replacement of the 737 family.

An alternative option is to wait for the next leap in engine technology, not expected until the early 2030s. That could involve open-rotor engines with visible blades using a mixture of traditional turbines and electric propulsion.

Both approaches carry risks. If it moves too quickly, Boeing may face a relatively straightforward counter-move.

Airbus’ preference is do nothing and preserve a favorable status quo, European sources say. But it has for years https://reut.rs/3vET9jk harbored studies codenamed “A321neo-plus-plus” or “A321 Ultimate” with more seats and composite wings to repel any commercial attack.

Such an upgrade might cost Airbus some $2-3 billion, but far less than the $15 billion Boeing would spend on a new plane.

For Boeing, a premature tit-for-tat move runs the risk of merely replicating the strategic spot it finds itself in now.

If it moves too slowly, however, investors may have to bear a decade of perilously low market share in the single-aisle category, the industry’s profit powerhouse.

Boeing has amassed a mountain of debt and burned $20 billion in cash lurching from crisis to crisis.

“It’s a different world,” one insider said. “How could you possibly be thinking about a new airplane?”

However, some engineers at Boeing’s Seattle commercial home are crying out for a bold move to reassert its engineering dominance following the worst period in its 105-year history.

“That should be a priority for Boeing right now,” said Tom McCarty, a veteran former Boeing avionics engineer. “To get back in clear leadership of advancing technology.”

As it weighs up when to act, Boeing has sought initial technical data from engine makers Rolls-Royce, Pratt & Whitney and the General Electric-Safran tie-up CFM International, industry sources say.

A firm competition is not expected for a year or more, they add, a delay that illustrates Boeing’s bind. Rolls, which has most to gain as it tries to re-enter the lucrative single-aisle market, said last month it would be ready for any new product.

Watching Boeing’s decision from the sidelines is China, where state manufacturer COMAC is working on a C919 narrowbody in a potential challenge to the cash-cow 737 and A320 families.

Sitting on $7 billion in net cash and a second-mover’s advantage, analysts say Airbus appears most comfortable, though it also faces its share of industrial headaches.

A wild card in the deliberations is growing environmental pressure, mirrored in the priorities of each planemaker.

Airbus has pledged to introduce the first hydrogen-powered small commercial plane in 2035.

The “zero-emission” agenda reflects its CEO’s conviction that disruptive technology will play a role in next-generation jets. But industry sources say it is no coincidence that such rhetoric also steers Boeing away from launching an interim jet.

Boeing has emphasized quicker gains from sustainable aviation fuel (SAF). Any new 757-style jet would feature the ability to run 100% on SAF, people familiar with the plan said.

While backing the drop-in fuel for technical reasons, Boeing has left itself enough room to argue that a relatively early new plane would still fit the industry’s environmental objectives.

While some suppliers questioned how quickly the plan was achievable https://www.reuters.com/business/aerospace-defense/airbus-sets-higher-jet-output-targets-recovery-looms-2021-05-27, one industry executive noted it sent a “message that Airbus exits the crisis as No.1 and intends to stay there”.

One risk is that anything that looks like a grab for market share could trigger the very Boeing jet Airbus hopes to avoid.

Asked whether he thought Airbus’s expansion plans might provoke Boeing into launching a new plane, Airbus CEO Guillaume Faury played down the prospect of a new industry arms race.

“If they trust the MAX with the pent-up demand they see for single-aisle then I don’t see why they would be in a hurry to replace the MAX. If they are in a different situation they might come to other conclusions,” Faury told Reuters. 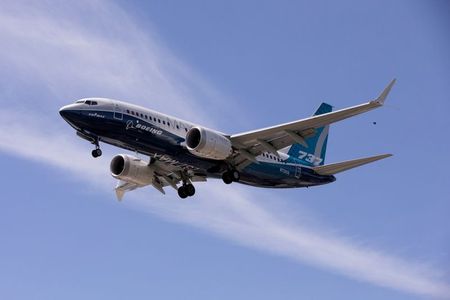 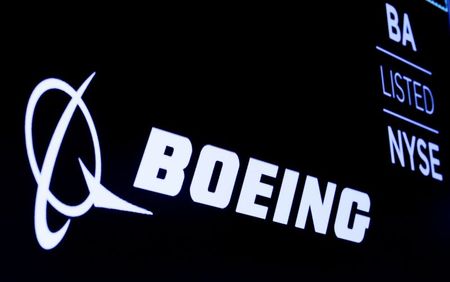 Musk donated over $5.7 billion in Tesla shares to charity in Nov

UK’s Mulberry gears up for Christmas as sales rise to pre-pandemic...

Italy to set up unit to scrutinise takeovers of strategic firms...