BANGKOK (Reuters) – Thailand’s industries sentiment dropped for a second straight month in May, hitting an 11-month low, due to a third wave of coronavirus infections and a slow vaccine rollout, an industries group said on Tuesday.

The Federation of Thai Industries (FTI) said its Thai industries sentiment index fell to 82.3 last month from 84.3 in April, when its biggest outbreak so far emerged.

The tourism-reliant country started its mass vaccination drive on Monday and is preparing a phased reopening to vaccinated foreign visitors later this year, dependent on its progress with inoculations.

“The third wave has yet resolved while new clusters continue to emerge, especially in factories, affecting the manufacturing sector. Vaccinations have also been slow,” FTI chairman Supant Mongkolsuthree told a briefing.

Thailand on Tuesday reported 2,662 new infections and 28 new deaths, with the current outbreak accounting for more than 80% of its total and about 93% of fatalities.

The index for the next three months, however, picked up from April on optimism over the government’s economic stimulus packages and increased exports, a key driver of Thai growth.

The FTI urged the government to accelerate the vaccinations to create herd immunity, plus introduce additional financial measures to support smaller businesses, particularly in the tourism sector, which has yet to recover. 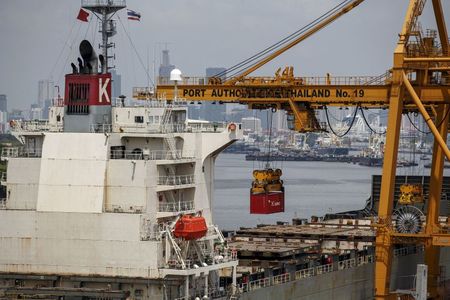 The New Masters: How auction houses are chasing crypto millions

Brazil cuts industrial tax by 25% for most products