SHANGHAI/HONG KONG (Reuters) -Electric car company Tesla Inc resumed production at its Shanghai plant on Tuesday, the Xinhua News Agency reported, after a stoppage of more than three weeks because of the city’s COVID-19 lockdown.

The U.S. carmaker will ramp up the output in the next three to four days to resume one-shift production at the Shanghai plant, a Tesla manager told Shanghai Television on Tuesday.

A source close to the matter cautioned against viewing the restart as a return to full production, saying the line remains under stress amid continuing coronavirus restrictions in Shanghai.

“The resumption is stuttering”, the source said.

Tesla on Friday received the go-ahead from local authorities to prepare for a production resumption at the Shanghai plant on Monday, Reuters reported earlier.

The reopening was delayed for logistical reasons, a second source said.

Tesla did not respond immediately to a request for comment.

The stoppage since March 28 was the longest since the factory began production in late 2019. The suspension has led to an output loss of more than 50,000 vehicles, according to calculations based on Tesla output plans seen by Reuters.

Tesla makes its Model 3 and Model Y vehicles in Shanghai, serving the Chinese market and acting as an export hub to Germany and Japan. 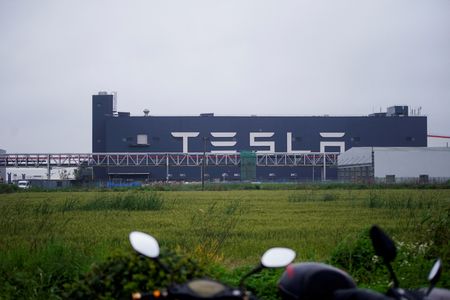