By Steve Scherer and Dave Graham

WASHINGTON (Reuters) – Leaders of the United States, Canada and Mexico will meet for the first time in five years on Thursday to promote economic integration, but tensions over the auto industry, ‘Buy American’ policies and a Mexican energy bill could weigh on talks.

President Joe Biden has revived the so-called Three Amigos summit – to be held at the White House on Thursday afternoon for the first time since 2016, after it was ditched by former President Donald Trump. Bilateral meetings will be held earlier in the day.

The meeting aims to further joint economic cooperation, but both Canada and Mexico are worried about Biden’s ‘Buy American’ provisions and a proposed electric vehicle tax credit that would favor unionized, U.S.-based manufacturers.

The United States is Mexico’s and Canada’s top trade partner, and cars and trucks are the most-traded manufactured commodity between the three, said Colin Robertson, an ex-Canadian diplomat, now at the Canadian Global Affairs Institute think tank.

“The North American automotive industry is deeply integrated and competing as a bloc in the manufacture of a world-class e-vehicle and battery industry makes good economic sense for all three countries,” Robertson said.

Both Canada and Mexico want a level playing field as they compete to lure companies to set up plants for the EV supply chain.

But Biden’s social spending and climate bill being considered in Congress includes up to $12,500 in tax credits for U.S.-made EVs, including a $4,500 credit for union-made vehicles.

Canadian Finance Minister Chrystia Freeland, after meeting both Republican and Democrat members of Congress earlier on Wednesday, told reporters that the EV issue risks becoming “the dominant issue in our bilateral relationship.”

Freeland and Canadian Prime Minister Justin Trudeau said they made clear “how important it is to Canada to have a resolution of the electric vehicle incentive proposal,” according to Freeland.

In the trilateral meeting, the White House has said it is aiming to create a “regional vision for migration.”

Other subjects to be discussed include fighting COVID-19 and climate change together.

However, the bilateral meetings are likely to be where more pointed discussions are held.

Besides EV tax credits, Trudeau is likely to bring up Enbridge Inc’s Line 5 pipeline, which the state of Michigan wants to close on environmental grounds.

Lopez Obrador said on Wednesday he would explain the plan to Biden and Trudeau if it came up.

“It’s very simple,” he told a news conference. “We want to keep electricity prices from increasing, and to end abuses by private companies, especially foreign companies.”

Lopez Obrador argues past governments rigged the market in favor of private interests.

But the legislation has drawn fire from the U.S. government and business groups, who say they are concerned it may not be compliant with Mexico’s North American trade obligations.

Federico Peña, a former U.S. energy secretary, told Reuters that he hoped Mexico would try to iron out its differences.

“For Mexico to still be respected as a country for investment, it has to be very mindful about changing contracts radically to the detriment of companies that relied on the good faith of negotiations of the previous administration,” he said. 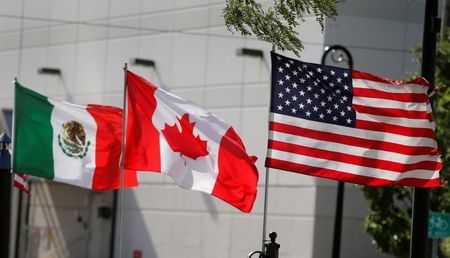 U.S. capital running out of gas, even as Colonial Pipeline recovers