(Reuters) – Target Corp on Wednesday raised its sales forecast for the holiday season, boosted by early Christmas shopping by Americans, even as the retailer warned of higher costs, fueling concerns that its margins could come under more pressure.

Like Walmart, Target also reported a drop in gross margins for the third quarter, as it incurred higher transportation and labor costs in order to keep its shelves stocked for the make-or-break holiday season.

Big retailers are pulling out all the stops for the busiest time of the year, including chartering container ships and ordering products well ahead of time.

Target said its inventory levels were up more than $2 billion from a year earlier ahead of the holiday rush, as it also prioritized product categories important for the holidays.

“(We) took specific actions to ensure we have a healthy inventory position … even though those actions involve some incremental cost,” Chief Financial Officer Michael Fiddelke said, adding that some of those cost pressures were temporary.

Target has also been increasing benefits for it employees in a tight labor market, while maintaining lower prices at a time when inflation is at record levels, adding to costs.

“Gross margin pressure highlights the risk to Target and peers from global supply chain … That risk appears likely to linger through holiday and into early 2022 if not beyond,” Evercore’s Greg Melich said.

Still, comparable sales soared 12.7% in the quarter ended Oct. 30, with almost all of that growth coming from stores. Store traffic also jumped nearly 13%.

Target also raised its expectations for holiday quarter same-store sales to a range of high single to low double digits.

(Reporting by Aishwarya Venugopal in Bengaluru; Editing by Anil D’Silva) 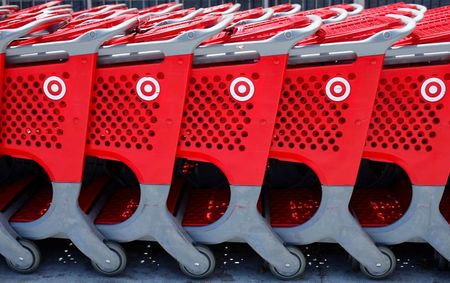 U.S. utilities to keep gas in power mix for years in green transition