Home Asia Take Five: Much to say in Tokyo (and Davos)

LONDON (Reuters) -Japan’s central bank looks set to raise its inflation forecasts and debate further policy tweaks, just as business leaders and policymakers descend (in person this time) on the Swiss resort of Davos to put the world to rights.

Here’s a look at the week ahead in markets from Kevin Buckland in Tokyo, Tom Westbrook in Singapore, Ira Iosebashvili in New York and Amanda Cooper and Karin Strohecker in London.

The Bank of Japan concludes a two-day meeting on Wednesday and investors bet it will blink, just four weeks after stunning markets by doubling the size of the band it allows 10-year bond yields (JGB) to move around zero.

The benchmark yield soared as high as 0.54% on Friday, punching through the 0.5% ceiling for the first time after butting against it in previous sessions. A media report that officials will examine the bond market distortions from massive BOJ stimulus appears to have been the final straw. The yen hit a fresh seven-month peak.

And the case for ultra-easy policy certainly seems to be weakening. Recent data showed Tokyo inflation at double the central bank’s target. And Japanese workers will hope a decision by Uniqlo’s parent company to hike wages as high as 40% will set a trend.

The mood is sombre as attendees grapple with the cost of living crisis, the threat of natural disasters and extreme weather events, geo-economic confrontation and failure to mitigate climate change – the top risks over the next two years according to a survey of WEF members.

Also looming is the first anniversary of Russia’s war in Ukraine, which has rocked a global economy still reeling from the fallout of COVID-19.

U.S. retail sales data and more earnings reports are on tap. And investors, who have pushed up the S&P 500 almost 4% so far this month after the index’s worst annual decline since 2008 last year, are paying attention.

Retail sales saw their biggest decrease in 11 months for November and a second such drop would provide further evidence that aggressive Federal Reserve interest-rate hikes are now cooling the economy.

Investors are also watching corporate results to see if U.S. companies can beat estimates, which have been heftily reduced since October. Goldman Sachs and Morgan Stanley report earnings on Tuesday, and Procter & Gamble and Netflix, on Thursday.

The new lunar year of the rabbit is almost here, with COVID-19 spreading unchecked through China.

Before then comes December’s data deluge, with industrial output, retail sales and Q4 economic growth data lining up to be ugly. Economists expect retail sales to have dropped 7.8% for a fourth straight monthly decline and for annual growth to finish up at a meagre 1.8%.

Markets, hoping that China’s rapid reopening will take the sting out of global recession risks, may have to be patient.

Just as much focus will be on the two billion journeys expected to carry passengers to their hometowns to celebrate. Mainland markets close for the following week, but holiday anecdotes on willingness to travel, spend and mingle might guide their expectations about how the reopening will unfold.

With every new inflation print, investors are more convinced the worst of the global price squeeze is over. That’s not least because, come spring and a year on from Russia’s invasion of Ukraine, the numbers will show a much smaller rise and, in some cases, even a decline.

Headline numbers might be flattered by quite how bad things were last year, but under the surface, core inflation is still climbing. And this number is what keeps central bankers awake at night.

A final read of euro zone inflation for December, as well as readings from Britain, Canada and Japan are due. Core inflation in all four regions is mostly rising and above target. The worst may have passed, but it’s likely to mark the end of the beginning, rather than the beginning of the end. 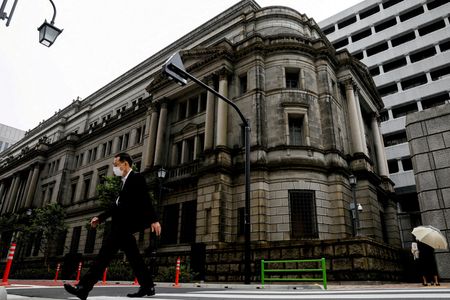