TAIPEI (Reuters) – Taiwan’s economy likely expanded much more slowly in the fourth quarter compared to the prior quarter due to increased global economic headwinds denting demand for technology which is a key export, a Reuters poll showed on Tuesday.

Gross domestic product (GDP) likely grew just 1.3% in October-December versus a year earlier, the poll of 20 economists shows, after it expanded 4.01% year-on-year in the third quarter.

Economists’ forecasts for preliminary GDP data due on Wednesday varied widely from a contraction of 0.1% to growth of 3.5%.

GDP last year peaked in the second and third quarters, with the fourth quarter hit by weakening electronics demand, and also coming off a high base, First Capital Management analyst Chengyu Liu said.

“Recent economic data released by the United States is also weak,” Liu added. “It is expected that Taiwan’s GDP in the first and second quarters of this year will not be good, with growth in the first quarter only 1.1%.”

Demand for Taiwanese goods has been hit by COVID-19 controls and outbreaks in China, as well as soaring global inflation and tightening monetary policy.

The economy in China, Taiwan’s largest trading partner, expanded 2.9% in the fourth quarter year-on-year, and 3.0% for the full year of 2022, badly missing the official target of “around 5.5%”.

Taiwan’s exports fell for a fourth straight month in December. Exports dropped 12.1% by value last month from a year earlier to $35.75 billion, the lowest level in 20 months.

Taiwan is a key hub in the global technology supply chain for giants such as Apple Inc, and home to the world’s largest contract chipmaker, Taiwan Semiconductor Manufacturing Co Ltd (TSMC). 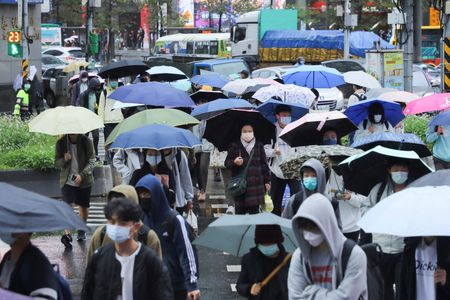 Developer Sunac China seeks to extend payment for 4 billion yuan bond for the...

Where have all the shareholder activists gone? Campaigns slow amid market turmoil

Mattel blows past sales estimates as retailers load up on Barbies, Hot Wheels