Taiwan’s exports likely rose for a 12th straight month in June, a Reuters poll showed, lifted by demand for electronic goods from the global economic recovery and as more people work and study from home.

Taiwan is one of Asia’s major exporters of technology goods, and its export trend is a key gauge of global demand for hi-tech gadgets.

It is a key supplier to Apple Inc, which in April posted sales and profits ahead of Wall Street expectations fuelled by 5G iPhone upgrades but warned that a global chip shortage could dent iPads and Mac sales by several billion dollars.

The export forecasts from the poll of 12 analysts ranged widely between a rise of 20% and 42%, on uncertainties over the COVID-19 outbreak that has disrupted the global supply chain.

Taiwan’s exports have been helped by robust demand for laptops and tablets to support working from home due to the pandemic, and more recently strong demand from recovering economies such as China, the United States and Europe.

The consumer price index (CPI) was tipped to rise 2.3% from a year earlier, compared with an increase of 2.48% in May.

Inflation and trade data will both be released on Wednesday. 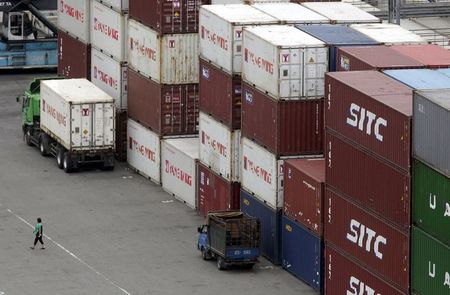 Fed’s Powell met with Coinbase CEO on May 11 – meeting...