ZURICH (Reuters) -UBS has filed an appeal with France’s Supreme Court against last week’s decision by a Paris court that upheld the Swiss bank’s conviction for money laundering, while slashing its penalty for allegedly helping wealthy clients evade taxes.

“This enables UBS AG to thoroughly assess the verdict of the Court of Appeal and to determine next steps in the best interest of its stakeholders,” Switzerland’s biggest bank said in a statement on Monday.

Such an appeal in France usually takes months. The Supreme Court can only rule on a legal technicality, rather than the merit of the case. If it finds in favour of UBS, the case returns to the appeal court.

The Paris appeals court reduced UBS’s penalty to 1.8 billion euros ($2.03 billion), less than half of an overall fine of 4.5 billion euros imposed against the bank after a first trial in 2019.

UBS, however, had hoped to see the charges thrown out by the appeals court, particularly the money-laundering allegation, because of the potential reputational damage to the world’s biggest wealth manager.

Fines in Europe for tax-related and other offences have historically been lower than in the United States, with the UBS case marking an exception that has been closely watched by other banks.

Analysts are also watching the case to see how much excess capital UBS may distribute to shareholders.

Confirming the verdict of the 2019 trial, the appeals court found UBS guilty of soliciting clients illegally at sporting events and parties in France, and of laundering the proceeds of tax evasion.

UBS has already set aside 450 million euros in provisions in connection with the case.

Lawyers for the bank had argued in the appeals trial that despite whistleblowers coming forward, investigators had never found clear evidence of systematic attempts by UBS sales consultants to canvass French customers, including at client events like cocktail parties and hunts.

The bank had also argued that the original fine was disproportionate.

(Reporting by Michael Shields in Switzerland; Additional reporting by Richard Lough in Paris, Editing by Mark Potter and Alexander Smith) 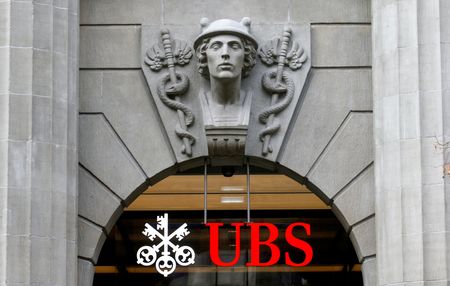 BlackRock says it is ‘studying’ crypto but cites volatility

Shell and Norsk Hydro team up for green hydrogen