FRANKFURT (Reuters) – Euro zone wages are climbing after a lost decade but some pay rises may prove fleeting as employers across the bloc opt to give one-off bonuses rather than permanent increases against an uncertain outlook for growth and inflation.

The preference for temporary increases may be frustrating for workers struggling with a cost-of-living crisis but it will be welcomed by European Central Bank policymakers fearing a self-reinforcing spiral between wages and inflation.

At 8%, inflation is so high that families are quickly losing their purchasing power, so it is only a matter of time before they ask for more pay, emboldened by record-low unemployment and labour scarcity that is increasingly painful for businesses.

Spending their extra cash would in turn fuel even more inflation, just as the ECB tries to bring it back down to 2%.

Employers are meanwhile trying to resist big pay rises as they see the war in Ukraine curb economic growth and cling on to hopes that the current, energy-fuelled spike in inflation will prove temporary.

On the surface, data seems to indicate that employers and the ECB are slowly but surely losing that battle: negotiated wages rose by 2.8% in the first quarter. This was their fastest pace since early 2009, driven by a 4% rise in Germany, the biggest of the 19 economies that make up the euro zone.

But once one-off payments are excluded, the German increase was only around 2%, suggesting firms paid up to ease the pain of inflation and the pandemic for their employees, but in a limited way that should not perpetuate inflation.

There is evidence that firms from Italy to France and the Netherlands are taking similar steps, mitigating what is still likely to become a difficult-to-contain surge in wages.

Around 15,000 workers at Amsterdam’s Schiphol airport are getting an extra 5.25 euros per hour over the summer to alleviate crippling staff shortages that forced airlines to cancel hundreds of flights this spring.

In France, President Emmanuel Macron’s government is actively encouraging firms to give employees inflation relief with a variety of tax-free bonuses, such as extra cash to help pay for transport to work.

And in Italy, where wage growth is still muted, some firms are paying sizeable one-off bonuses as a way of compensating for inflation and heading off demands for salary increases.

“Employers have dug in and don’t want to reopen negotiations,” Boris Plazzi, a wage negotiator at French union CGT said. “Workers have therefore stood down and become resigned.”

German union IG Metall made headlines last month by demanding an 8.2% pay increase for steel workers but employers rejected the demand, instead offering a one-off payment and possibly triggering a strike.

The Ukraine war is another factor holding back wage growth, as a murky outlook and growing talk of a possible recession makes people fear for their jobs.

But barring a sharp deceleration of the economy, a pick up in euro wage growth is only a matter of time, with planned new European Union minimum wage rules likely to speed it up.

Unemployment has never been lower while employment is near record highs – Germany alone has a shortage of 558,000 workers, according to the German Economic Institute.

Staff shortages are most acute in the services sector, particularly tourism, where workers were laid off during the pandemic and firms are now struggling to replace labour.

“In the hotel and catering sector, higher wages are going to be offered due to the lack of workers,” Ignacio Conde-Ruiz, economics professor at Complutense University in Madrid said about the Spanish economy.

“However a more structural solution, such as hiring foreign workers, is needed.”

The ECB has long argued that wage growth of 2% to 3% is consistent with a 2% inflation rate, its medium term target.

Few are predicting that wages will accelerate far beyond this range, especially since the bloc’s sluggish southern economies will offset quicker growth in countries like the Netherlands, Belgium and Germany. But there is also a growing risk that persistent inflation will eventually empower unions to start demanding bigger payouts.

“We expect further increases in the coming quarters, but not enough to compensate for inflation, leading to sharply negative real wage growth,” Morgan Stanley said.

“Accelerating nominal wage growth should nonetheless support core-driven inflation further out, and make services the key driver of our 2023 forecast.”

(Reporting by Balazs Koranyi in Frankfurt, Leigh Thomas and Caroline Pailliez in Paris, Francesco Zecchini and Gavin Jones in Rome, Toby Sterling in Amsterdam and Belen Carreno in Madrid; Editing by Catherine Evans) 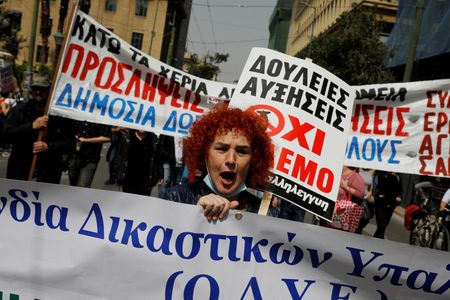 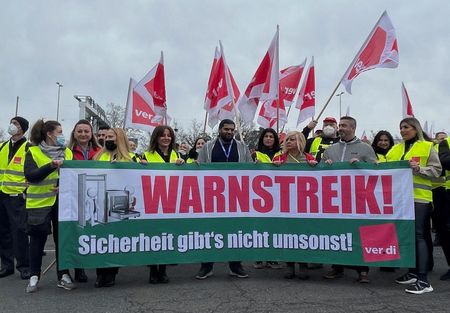 China crackdown on tech and overseas-listed shares prompts sell-off of Didi, others