SHANGHAI (Reuters) -Bank of China (BoC), a top global investor in coal- power plants, must end the financing of such projects outside the mainland and support clean and renewable energy instead, an alliance of 35 non-governmental organisations said on Tuesday.

The comments, made in an open letter to state-controlled BoC’s chairman Liu Liange and signed by groups from 13 countries in Asia, Africa and Europe, add to the growing criticism of China for financing coal-fired power stations overseas, especially as part of its Belt and Road Initiative.

While China has said that it would respect the right of local communities to decide what sort of energy they needed, the letter, which has been signed by organisations from several Belt and Road countries, indicates growing opposition to coal even in developing nations.

Bank of China’s total overseas financing of coal-based power projects since the Paris climate agreement in 2015 stands at more than $35 billion, the most by any investor globally, and is “out of step with China’s climate change ambition”, the letter said.

It said more than 130 financial institutions have already decided to restrict fossil fuel investments, and urged Bank of China to follow suit.

Bank of China declined to comment on the letter. Its President Liu Jin said at the end of August that the bank would “gradually reduce” the share of total credit extended to coal projects during the 2021-2025 period, but would also issue more loans for technical upgrades in the sector.

Julien Vincent, executive director of Market Forces, an Australian organisation that campaigns against fossil fuel finance, said dozens of coal-fired power plants around the world would not go ahead without the bank’s support.

“The narrative on coal from Chinese business and finance leaders is clearly shifting, but what really counts is action,” he told Reuters.

Chinese financial institutions have been gradually shifting away from coal. Industrial and Commercial Bank of China, the world’s biggest bank by assets, has already pledged to draw up a “road map” to pull out of coal.

In recommendations published last week, a government advisory body also called on China to “restrict and gradually stop” the use of public funds in overseas coal power investment, and encourage state banks to make similar commitments.

According to research released on Tuesday by European think-tank E3G, 44 countries have already committed to “no new coal”, with 1,175 gigawatts of coal-power capacity cancelled since 2015.

It said a similar pledge by China would remove 55% of all of the world’s proposed new coal-fired power projects. 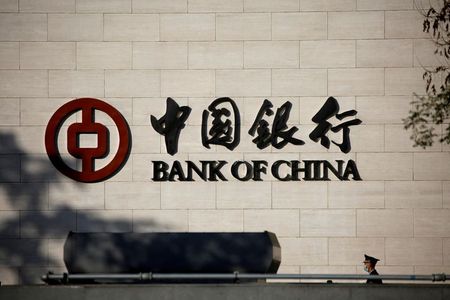 Factbox: Airlines crumble around the globe amid coronavirus pandemic