By Herbert Lash and Marc Jones

Yields on U.S. Treasury debt fell to their lowest in more than a month, while euro zone bond yields nudged down with markets in a wait-and-see mood ahead of a European Central Bank policy meeting and U.S. inflation data, both due on Thursday.

The 10-year U.S. Treasury note fell 3.4 basis points to 1.5364%, suggesting bond investors do not see a spike in inflation despite nagging jitters over the Federal Reserve’s insistence a likely jump in consumer prices will be transient.

Markets have been quiet before the release of second-quarter earnings in July when very strong results will be reported as a year ago they were so dismal, said Peter Tuz, president of Chase Investment Counsel in Charlottesville, Virginia.

“Knowing there’s a strong earnings season coming takes away some worry,” Tuz said, keeping share prices from falling. “The markets are about as flat and quiet as they can be today.”

MSCI’s all-country world index, a U.S.-centric benchmark for global equity markets, closed down 0.01% at 716.96 after earlier scaling a fresh intraday high of 718.19.

The travel and leisure index rose 1.8%, supported largely by gains in low-cost carrier easyJet after Goldman Sachs upgraded the stock to “buy.”

“We’ve seen the FAANGs creep their way back in reaction to people buying into the inflation-is-transitory story,” said Simon Maughan, head of trading alpha at Liquident, an alternative trading venue.

Advancing shares outnumbered declining shares on both the Nasdaq and the New York Stock Exchange, while growth-oriented shares slightly outpaced the gains of underpriced value stocks.

Shares in electric carmaker Tesla retreated 0.3% after rising earlier on data from Beijing that showed its Chinese sales – which comprise a third of the firm’s total sales – had seen a 29% leap last month.

The data had also showed China’s overall new electric vehicle sales had surged 177% compared with a year ago.

In a sign of investor complacency, the equity market’s so-called “fear gauge,” the VIX, fell to as low as 15.15, a level not seen since February 2020.

Sterling was under pressure as the British government considered whether to delay removing most of its remaining coronavirus restrictions and oil was in the doldrums, but both looked like being temporary phenomena at worst.

Recent comments suggested the European Central Bank has no plans to reel in its mass stimulus program any time soon.

“I would expect the ECB to maintain a dovish stance as they would not be want to be seen as moving towards tapering at the moment,” said Lombard Odier, head of FX strategy at Vasileios Gkionakis.

(Reporting by Herbert Lash, by Stefano Rebaudo in Milan; Editing by Marguerita Choy and Mark Heinrich) 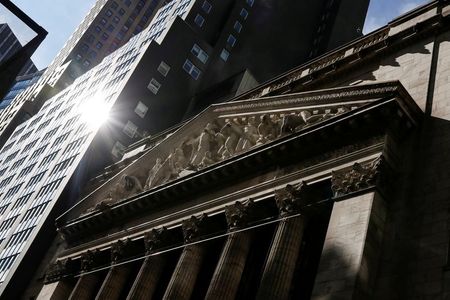 Oil surges above $100 a barrel, stocks slide on Ukraine conflict

The Treasury market tumble in 5 charts