(Reuters) -Spirit Airlines Inc flight attendants are receiving double pay on any work through Jan. 4, their union said, as the budget carrier scrambles to keep its schedules intact after U.S. airlines were hammered by a week of mass cancellations.

United Airlines is offering its pilots triple pay to pick up trips for most of January, CNBC reported https://www.cnbc.com/2021/12/31/united-airlines-offers-pilots-triple-pay-to-ease-omicron-flight-disruptions.html on Friday, citing a company staff note.

United did not respond to a Reuters request for comment.

The holiday season has been marred by delayed or canceled flights, causing chaos at most U.S. airports as sick staff and fear of contracting COVID-19 grow. Coupled with the prospect of dealing with unruly passengers, many pilots and cabin crew are even forgoing overtime incentives.

That hesitancy, combined with bad weather and tight staffing, has led to over 8,000 flight cancellations over the past eight days, according to flight-tracking website FlightAware.com.

“All flight attendants, regardless of how you have obtained your pairing, will be receiving 200% pay for any pairing that touches Dec. 28 through Jan. 4,” the Association of Flight Attendants-CWA said in a statement. The union represented about 4,000 flights attendants at Spirit Airlines, according to the carrier’s latest annual filing.

Earlier this year, Florida-based Spirit Airlines was forced to cancel nearly 3,000 flights due to bad weather and staffing shortages.

JetBlue Airways Corp said in a customer note on Thursday that 75% of its crew is based in the U.S. Northeast, a region that has been hit hard by COVID-19 infections. The carrier has already cut https://www.reuters.com/business/aerospace-defense/jetblue-cuts-about-1280-flights-through-mid-january-omicron-hurdles-2021-12-30/#:~:text=Dec%2030%20(Reuters)%20-%20JetBlue,airline%20told%20Reuters%20on%20Thursday its schedule through Jan. 13 by about 1,280 flights.

Alaska Air Group Inc said while the pandemic had hit its operations, the vast majority of cancellations and delays were due to bad weather.

The airline last week agreed to offer some benefits such as instituting pay protections in case of any reassignments on Christmas Eve, Christmas Day, and New Year’s Day, the AFA said.

Hawaiian Airlines said it had not offered new incentives to its crew for working during the holiday period.

SkyWest Airlines said its operations continued to be hit due to weather and the Omicron variant, which is spreading rapidly and causing record-breaking cases across the United States.

(Reporting by Abhijith Ganapavaram and additional reporting by Aishwarya Nair in Bengaluru; Editing by Anil D’Silva and Bernard Orr) 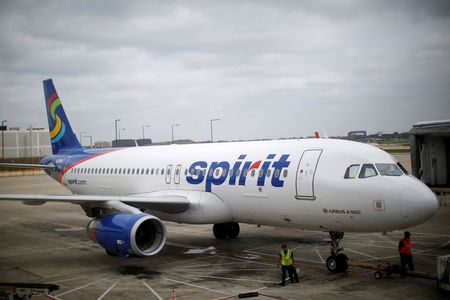