(Reuters) – Several companies, including Grab Holdings and BuzzFeed, that merged with shell entities to go public have seen their shares tumble, as investors pull the rug out from under the stocks hyped in Wall Street’s frenzied blank-check deals this year.

Shares of BuzzFeed, which merged with blank-check firm 890 5th Avenue Partners, have plunged 40% since their debut on Dec. 6. The digital media firm raised a paltry $16 million out of $288 million in the SPAC’s trust as 94% of its investors took their money back.

Grab Holdings, southeast Asia’s biggest ride-hailing and delivery firm, has lost half its market capitalization since its Nasdaq debut on Dec. 2 following the company’s record $40 billion merger with a blank-check firm.

“A lot of investors are now looking more toward companies that have proven track records, that have demonstrated history of delivering profit,” said Edward Moya, senior market analyst at Oanda. “The frenzy that has been driving some of the momentum in SPACs that we saw earlier in the year has clearly gone away.”

Special purpose acquisition companies (SPAC) are shell companies that raise money in an initial public offering (IPO) and put it in a trust for the purpose of merging with a private company and taking it public.

Since investors are unaware of the target company ahead of the IPO, SPACs often grant them the right to redeem their initial investment as an incentive to put their money in the trust.

The average redemption rate has more than doubled to 58% in the fourth quarter from a year earlier, data from Dealogic showed, as many companies fall short of investors’ lofty expectations.

In the case of Zoom Video Communications-backed event management software company Cvent, nearly 85% of investors redeemed their shares for cash two days before its debut, its filing showed.

Vacation rental management company Vacasa received gross proceeds of about $340 million from its debut on Dec. 8, $145 million below its expectations due to redemption.

Vacasa’s business is well capitalized through the SPAC deal as it retained greater than 50% of cash in the company’s trust account, CFO Jamie Cohen told Reuters.

“SPACS got crazy in February and investors started looking at them like meme stocks. Then Lucid crashed and the SEC starting issuing negative comments and SPACs fell out of favor,” said Matthew Tuttle, chief executive officer of Tuttle Capital Management LLC.

SPACs are among the group that have seen a decline in retail investor participation, according to Vanda Research

The De-SPAC index, which tracks the 25 largest companies to have completed a blank-check merger, is down around 43% so far this year after touching a record high in mid-February.

Still, merging with blank-check firms remains a popular option, with 2021 being a record-breaking year as 604 SPACs raised $144 billion, Renaissance Capital disclosed in its annual review. However, 62% of the entire year’s proceeds were raised in just the first quarter.

Grab and BuzzFeed declined to comment, while Cvent did not respond to a Reuters request for comment. 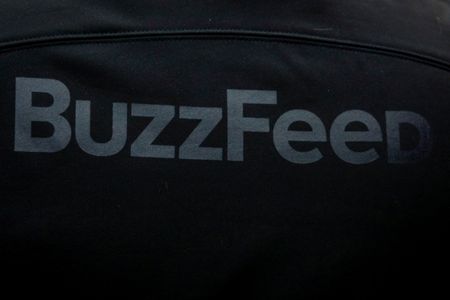