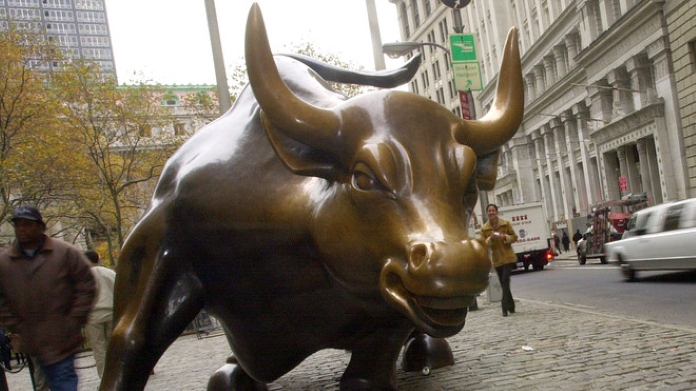 It was perhaps one of the best days for the stocks on Tuesday and it further hinted that the Congress has no other option than to sign the $2 trillion rescue package for the US economy. The power of this boost will be huge as it is seen that its anticipation has brought back such huge numbers to the major indices of the US Stock market.

The huge stimulus in discussion is supposed to spark life back into the US economy. It will help small businesses as well as employees to get over with the disastrous impact of the Coronavirus until further semblance and normalcy is brought to the nation. On Monday, Federal Reserve announced all of a sudden that it would go all guns blazing to ensure that the US economy is preserved no matter what!

The good news regarding the sanction of the package was expected in the market and the sudden surge in stocks is a result of that. On Tuesday, the DOW Industrial Average Index leaped by 2112.98 points or 11.4% which helped it to pull itself above the 20,000 point mark. This was the highest single-day gain for the DOW post-1993 and the fourth-best day since the index started functioning. On the other hand, the S&P 500 index took a jump of 9.4% to reach 2447.33 points. It is regarded as the broad market’s best day since 2008. The tech-heavy Nasdaq index also showed a good jump of 8.1% to take its total to 7417.86 points.

The policies, packages, and measures taken to bring the economy back on its feet are encouraging for one and all. Though it is not the perfect time to call a market bottom, it can be said that finally, the light at the end of the tunnel is visible for all. The 11 sectors in the S&P 500 index were back on track on this Tuesday. Especially, the energy sector which was completely beaten down after the slump in the prices of oil, about a week ago. Led by Oil giants Chevron, energy posted nearly 16% gains on the day.

Boeing, American Express and Walt Disney – all of these stocks that were struggling due to the impact of Coronavirus gained back points substantially on Tuesday. The airline sector gains were led by American Airlines that had jumped about 35% in the DOW index. The airline industry is expecting a massive relief package aid from the government and it will boost them up substantially.

The positive news regarding the containment of the virus in some parts of China has further lead to immense positivity in the market. Also, the decline in the number of cases in Italy is further encouragement for the rest of the world.

By Jennifer Hiller and Shariq Khan ...

By Thyagaraju Adinarayan and Christoph Steitz ...