(Reuters) – Hong Kong authorities said on Saturday they had ended a compulsory quarantine of 111 Cathay Pacific employees who had stayed in the same hotel in Germany as three pilots who tested positive for COVID-19.

Cathay Pacific Airways Ltd fired the three cargo pilots who were infected with COVID-19 during a layover in Frankfurt, over an unspecified “serious breach” of crew rules while overseas.

Hong Kong’s Centre for Health Protection of the Department of Health said it had ended the compulsory quarantine of the 111 staff, but 10 aircrew members were classified as close contacts and were asked to remain in isolation.

The health authority also said German authorities had confirmed that no Covid-19 cases had been reported in connection with the Frankfurt hotel.

“It is very likely that they [the three pilots] acquired the infection from each other or a common source outside the hotel and the chance of an outbreak in the hotel was relatively low,” the Department of Health said.

Hong Kong has recorded barely any local coronavirus cases in recent months but authorities in the global financial hub have tightened up quarantine rules.

After the pilot cases were reported last week, Cathay said it would step up compliance checks at overseas ports to ensure health and safety protocols were being strictly followed during layovers.

(Reporting by Akriti Sharma in Bengaluru and Jamie Freed in Sydney. Editing by Jane Merriman) 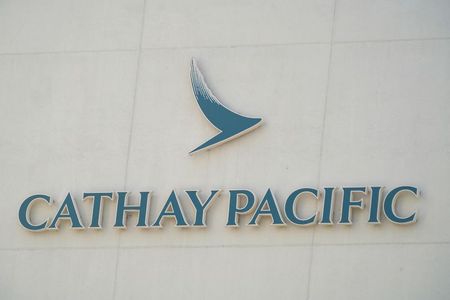 Beijing city denies it is advising companies to invest in Didi

Exclusive: Tesla, under scrutiny in China, steps up engagement with regulators...