The National Federation of Independent Business (NFIB) Optimism Index fell 0.2 point to a reading of 99.6 in May after three straight monthly increases. Five of the 10 index components improved, three declined and two were unchanged.

“If small business owners could hire more workers to take care of customers, sales would be higher and getting closer to pre-COVID levels,” NFIB Chief Economist Bill Dunkelberg said in a statement. “In addition, inflation on Main Street is rampant and small business owners are uncertain about future business conditions.”

A net 27% of businesses plan to create new jobs in the next three months, up 6 points from April and a record high. Last week, the trade group said in its monthly jobs report that a record-high 48% of small-business owners reported unfilled job openings in May on a seasonally adjusted basis, up from 44% in April.

The quality of labor ranked as businesses’ “single most important problem,” with 26% of respondents selecting it from among 10 issues, near the survey high of 27%. Some 57% of respondents said they had few or no qualified applicants for open jobs, up from 54% in April.

The NFIB survey comes on the heels of Friday’s employment report from the government, which showed the U.S. economy added 559,000 jobs in May and employers lifted wages to compete for workers as millions of Americans remain at home because of childcare issues, enhanced unemployment benefits and ongoing worries about COVID-19.

Businesses in the NFIB survey also flagged inflation as a worry, and a record 43% plan to increase prices in the next three months. 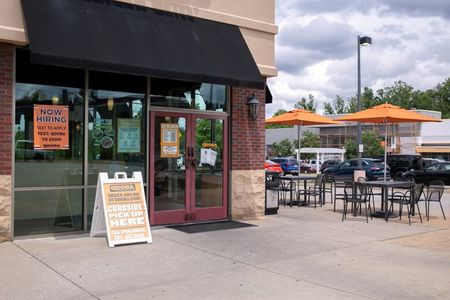 Buffett’s Berkshire trims stake in China’s BYD, a holding since 2008